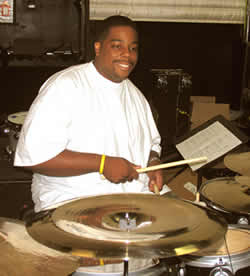 The birth of Aaron Darnell Spears took place on the 26th of October 1976. He comes from a great Pentecostal family with good Christian values. Since, he was raised in a Pentecostal Church he was exposed to wonderful music. They learn all the different kinds of musical instruments and also have much knowledge about all kinds of music. The true essence of music is in their souls. Aaron first got the hang of playing on the drums when he played for his school band. And also went on to Harper College in LA for a year. He was always in the company of music, as his father was a musician. His mother still remembers the time when he was just two; he used to keep tapping his feet to any kind of rhythm. His father was a percussionist, and when he used to play, Aaron used to sing along. This boy was definitely multi talented, and mostly focused on what he wanted to do in life. He really was not into studies and school, but was music oriented. His parents played an important role in developing his musical sense and ear for the right chords.

When he was 15, he started doing a lot of research on Vinnie Collaiuta and something in the way that he played clicked in Aaron. He joined the worship band in his church. He enjoyed it as it was his first experience of playing in a band. When he became 23, Spears got into a Christian band called Gideon Band. Their style of music was basically a fusion of jazz and R&B style of rock.

Very soon, his chops and skills on the drums were noticed by some key music professionals. He went on to become a professional drummer who eventually became known for his skills in the R&B style of drumming. A little later on, Aaron joined the Funk Rock Orchestra, which belonged to Usher. Aaron has played for Usher since then, and also recorded for the platinum album “Confessions”. Aaron Spears has performed at many grand tours with Usher. And also gave a special performance with Usher and James Brown during the Grammy’s one year. Spears main influence has been Dennis Chambers, Papa Jo Jones, Stewart Copeland, Jeff Davis, Gerald Heyward, Steve Smith, and many more talented drummers. He normally plays on a DW drum set. His style is very funky and technical. His very hope is that he will be able to inspire and encourage other talented drummers, in the same way that he was inspired by these great guys. After he played at the 47th Grammy Awards, all the people were enquiring as to who was on the drums. They were simply astounded by his performance.

He is a very humble drummer and when asked about his success, gives all glory to God. He urges the younger generation to be patient and wait for things to fall into place. As he truly believes that it was God’s hands in getting the right recording companies to him playing in the right band. He asks them not to be rash and impulsive in their approach to become famous. Not to compromise on their values, that their parents have taught them, but to have faith in the power of the Almighty. 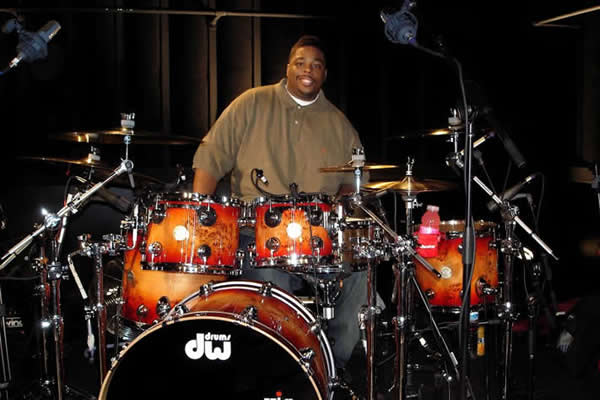