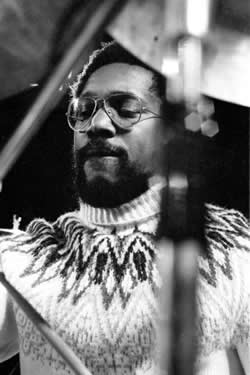 The first thing that comes to mind when you hear the name Billy Cobham, is the jazz band named “Mahavishnu Orchestra”. William C. Cobham, whom we know as Billy Cobham was born on 16th May, 1944 in the southernmost country of Panama. He is one of those few musicians to whom some may rightly quote that ‘jazz runs through his veins’. Billy is very popular for his contribution as a drummer with the band “Jazz is Dead”. He is acclaimed to be the greatest drummer ever of the jazz-fusion genre. At a very early age, Billy Cobham was drawn to the drum set, all thanks to his cousins who always played percussion instruments whenever they were around.

Billy was hardly 3 years old when his family relocated to New York and it was at the age of eight that Billy made his debut performance alongside his father. He then found his calling when he started drumming with Drum and Bugle Corps Group, which was known as St. Catherine’s Queensmen. He then went on to attend one of the greatest music schools, i.e., High School of Music and Art in New York, which was perhaps the best that the city could offer. During his time at New York’s High School of Music and Art, Billy learnt quite a bit about drumming as well as some musical theories. At this stage, he also attended various seminars, which were presided over by musical greats like Stan Getz and Thelonious Monk.

Cobham graduated from this school in the year 1962 after which he took on the role of the drummer for the US Army Band for about three years. After his tenure with the US Army Band, Billy was recruited as the drummer for Horace Silver’s band. This marked of Billy’s jazz era since he toured along with Horace to Europe and the US. He also collaborated with various artists such as Shirley Scott, Stanley Turrentine and of course, George Benson.

Then came the time when Billy Cobham felt the need to associate himself with other bands so that he could get the proper exposure that he needed as well as to understand and learn the different styles involved in jazz drumming. This led him to join a band that specialized in combining rock and jazz in their gigs, i.e., the band Dreams in the year 1969. All thanks to the gig played with Dreams, Billy landed a part as a drummer with Miles Davis for the album Bitches Brew. The magic thereby created by Billy’s mesmerizing style and Davis’ more than perfect trumpeting, truly raised a stir in the jazz-fusion world. Since Billy and Miles shared the same musical tastes, they joined hands for many more albums, which helped them produce perhaps the most aggressive classics of all time such as Live-Evil, etc.

Billy then left Miles Davis’ group along with guitarist John McLaughlin which then led to his musical stint with Mahavishnu Orchestra. Mahavishnu Orchestra helped Billy Cobham realize his ultimate potential as a drummer. “The Inner Mounting Flame” released by the band in 1971 captured the jazz lovers’ senses due to the aggressive style being introduced in something as calm as jazz music. Next was the album “Birds of Fire” in 1972 which marked the band’s presence in the jazz music world. During this time, Billy was even associated with other artists like Stanley Turrentine, Hubert Laws, Freddie Hubbard, George Benson, etc. However, when it came to Mahavishnu Orchestra, as seen in the band’s volatile chemistry on the stage, the band wasn’t doing all that good off-stage either. This was one of the main reasons that led to the disbanding of the Mahavishnu Orchestra in the year 1973.

After 1973, Billy Cobham decided to form his own band called Spectrum. With this band, Billy took full opportunity to experiment with electronic percussion instruments. To be more precise, Billy Cobham’s solo career actually began due to this band. Slowly, Cobham shifted his attention to the jazz funk genre and also some sessions with the keyboardist George Duke. Billy then got several opportunities to play with bands like Grateful Dead as well as the Saturday Night Live band. Playing with the Grateful Dead was an experience for him and due to this collaboration, he was asked to join the band “Jazz is Dead” which performed some of the greatest work of Grateful Dead.

Billy Cobham is still engaged in recording, performing as well as teaching music to aspiring drummers. Billy released his CD, “Drum n Voice 2” in 2006 which included many other artists such as Airto Morreira, Dominic Miller, Jeff Berlin, Buddy Miles, Jan Hammer, etc. At an age of 64, Billy Cobham still has the ability to enchant his audience with his powerful drumming beats and also helping his band Spectrum produce the greatest jazz music ever. 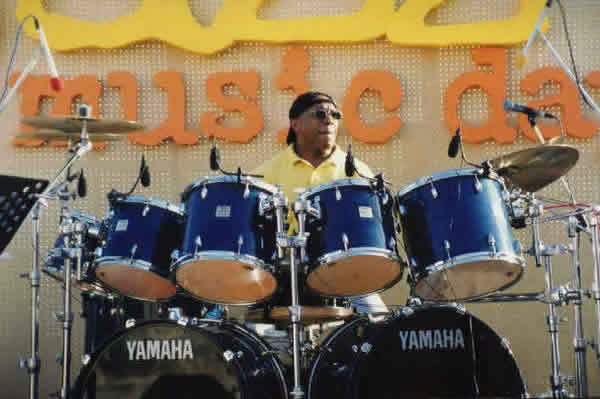