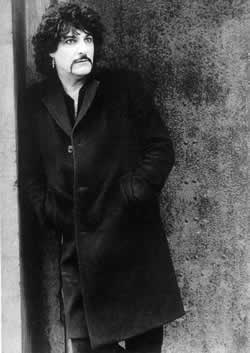 Rock drummer Carmine Appice has rightfully earned his status as a music legend, for his resilience and versatility in the industry. This amazing drummer has astounded his audiences for decades with his flamboyant drumming techniques and his affable showmanship in all his albums and performances. He has not only made a mark in the music world as a drummer, but also as a teacher and writer as well.

Carmine was born on December 15, 1946 in Brooklyn, New York. Even as a teenager, Carmine was already performing local gigs in Brooklyn with success. However, his career as a drummer got its first big nod in 1966, when he joined Vanilla Fudge, a psychedelic rock band comprising of Organist Mark Stein, bassist Tim Bogert, and guitarist Vince Martell. At that time, the band’s drummer Joey Brennan could not cope with their demanding requirements and so they opted for a new drummer. Carmine became their immediate choice.

By the time the band split in the early 70s, they had toured together, pulling audiences across America and also produced five albums. After the band broke up, Carmine and Bogert joined hands with vocalist Rustay and guitarist Jim McCarty to form Cactus, a blues-rock quartet. Carmine and Bogert later left Cactus to join guitar legend Jeff Beck in what came to be power packed trio that came to be known as Beck, Bogert and Appice.

In 1982, all four original members of The Fudge reunited and released "The Best of Vanilla Fudge". In 1984, the band released an album titled "Mystery", but it wasn't a large success. In 1987 & 1988, the band went on two reunion tours, which culminated into a hit album, "Psychedelic Sundae" in 1993.

In 2001 and 2002 Vanilla Fudge, whose members at that time were; drummer Carmine Appice, bassist Tim Bogert, and guitarist Vince Martell toured the United States together again. Mark Stein didn’t accompany the band since he was still engaged in his solo projects. By 2005, all four original members were together again for another US tour.

Carmine’s popularity and fame rose rapidly in the 70s and he came to be known world wide for his captivating live performances. He became one of the most sought after session’s drummer and this earned an invitation to join Rod Stewart’s band, following an audition for the drummer slot, where over 40 top notch drummers were screened. Apart from playing drums for the band, Carmine also co-wrote some of Stewarts hit numbers like "Da Ya Think I'm Sexy?" and "Young Turks," among others.

Carmine was an extremely successful drummer. He continued working with Rod Stewart, but also did jobs with renowned musicians and bands like King Kobra and Blue Murder. He was also a member of KGB, a powerful rock band based in Finland. Carmine recorded with Stanley Clarke, Ted Nugent and Pink Floyd. He appeared in a music video for the title track of Bark at the Moon, by Ozzy Osbourne. His playing styles, recounts Carmine, have been influenced by jazz drumming of Buddy Rich and Gene Krupa, and a take from his training on classical methods.

Carmine’s decades of experience have been written down, in a book he published, "Realistic Rock". It is the first one of its kind to showcase information about rock drumming. It has won applaud around the world and was voted among the best 25 drum books of all times by Modern Drummer Magazine. The book has sold over 300,000 copies and been produced in a DVD format as well.

Besides the book, Carmine has widely traveled conducting workshops and seminars on rock drumming. He has visited many colleges, theaters, and music stores around the world sharing his expertise with eager students and music fans. Till today, Carmine’s passion to share with young hearts has not been quenched. He continues to conducts his instructional clinics whenever he can, and students come to listen to the maestro in record breaking numbers. His company, Power Rock, is currently producing and marketing instructional videos, featuring himself and artists such as Tris Imboden, Cinderella’s Fred Coury among others.

Carmine is known for his meticulous timekeeping skills and his showmanship. He moves the audiences with his stick tosses and twirls, powerful fills, and double-bass drum bombs. His universal influence and achievements are more than evident after Los Angeles and four other major U.S cities instituted “Carmine Appice Day” in recognition of his contributions to music, drumming, and music education. In 1991, he was inducted into the Hollywood Rock Walk. The induction was quite emotional for Carmine, to have his hand prints and signature side by side with his idols Gene Krupa and Buddy Rich.

Carmine now lives in New York with his girlfriend Leslie Gold, a popular New York City radio personality, with whom he has been in a relationship with since 2003. 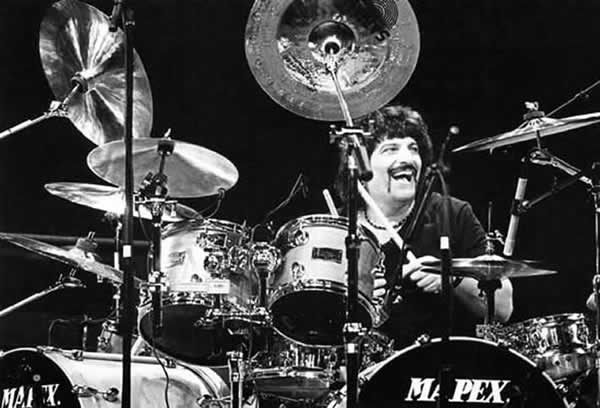