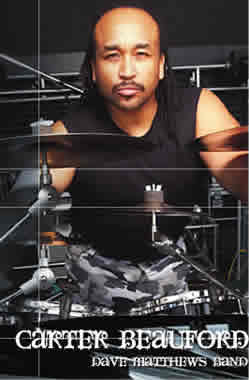 Carter Beauford is a jazz drummer and percussionist who performs with unmatched dexterity. Born on November 2, 1957, Beauford, a founding member of the Dave Matthews Band, was exposed to music right from childhood. He was born to a family that loved music and performed regularly. Though he was exposed to all genres of music while still a child, Beauford was more fascinated with jazz, especially the drumming aspect of it. It was when he was three that his father took Carter with him to a Buddy Rich concert.

Young Beauford watched the show and his fascination with Buddy Rich was not a secret. On returning home after the show, Beauford told his father that he wanted to be like Buddy Rich. Beauford would spend time playing on whatever surface that would produce a percussive sound. His father was impressed by his son’s interest and so he bought him Roy Rogers drum kit made with paper leads and tin shells. From then on, there was no stopping Beauford.

His early years were filled with jazz music. He watched many artists performances and vowed to one day be like them. Some of his idols at that time were Tony Williams, Papa Jo Jones and of course, Buddy Rich.

At the age of 9, Beauford started playing professionally. He went on playing drums even in his college days. Later, he left playing and became a history teacher. Upon switching back to music, Beauford signed up with a band called "Secrets". The band played fusion mostly and lasted from 1984 to 1990.

When the band split, Beauford went to audition for the Arsenio Hall show in California but did not get through. He therefore returned to the East Coast and got a job on BET, on a Jazz show, a show hosted by pianist Ramsey Lewis. He continued taping for the show and playing on random gigs in Charlottesville.

Apart from Beauford, other members of the Secrets included saxophonist LeRoi Moore, trumpeter John D'Earth, vocalist Dawn Thompson, keyboardist Butch Taylor, and guitarist Tim Reynolds. The band was based in Richmond. They performed in many parts of Virginia and were frequent guest artists at a bar called Miller’s in Charlottesville, where David Matthews was a bartender. After getting acquainted with each other, Dave asked Beauford and LeRoi to play with him since he had written some music and wanted to record it. The deal was agreeable to Beauford and soon they formed the Dave Matthews Band.

The band members of Dave Matthews Band were Beauford, who played the drums, Dave Matthews, vocals and acoustic guitar; Stefan Lessard, bass; Boyd Tinsley, violin; and LeRoi Moore, the sax. The group’s kick off wasn’t very smooth. The members had all come from different backgrounds and so they had to learn how to mix their incongruent musical backgrounds together. Their backgrounds ranged from rock, pop, bluegrass, to R&B, country, and jazz. But the group found an asset in Beauford, who could easily mix the styles since he was a fusion/funk/jazz expert. He helped the group to be multi-styled band that mesmerized audiences from all over the world.

Carter Beauford is known for his unique playing styles. Though a jazz virtuoso, Beauford can easily play other genres like rock, pop, rhythm and blues, country etc. He is highly regarded for his open hand drumming style. In this style, his left hand leads, as in a traditional right-handed drum set set-up. Beauford explained this unique style by saying that he got it by accident while he was a young boy. He had arranged his drum set in front of a mirror in order to see his performance in order emulate his child hood hero, Buddy Rich, but forgot that a right handed kit would appear as a left handed one in front of a mirror!

Besides his work with the Secrets and Dave Matthews Band, Beauford has also played with Carlos Santana, Vertical Horizon, John Popper (Blues Traveler), and bass virtuoso Victor Wooten (of Bela Fleck and the Flecktones). To see Beauford and Wooten in action, check out these Carter Beauford videos.

Beauford is fondly nicknamed ‘the chewing drummer’ by his peers for typically chewing gum while playing. He has also reveled that he is a student pilot in a special features section on The Gorge DVD. The discussion was videotaped while the band flew in a helicopter over the Gorge Ampitheater.

Beauford has a daughter named Breana Symone from his first marriage. He is currently married to Karen and together they have two children: a daughter, Nadja Angelique Beauford born October 5th 2001 and a son Marcus Carrington Beauford born in December 2004. 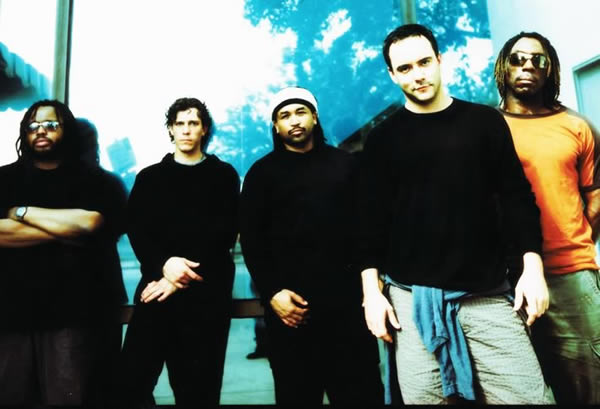