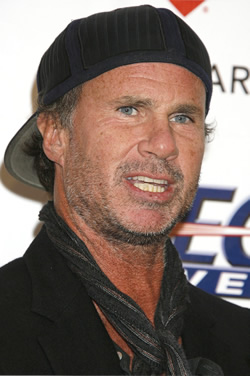 “Dream of Californication....”, that’s right, Red Hot Chili Peppers are back at it again and how can we miss out on the powerhouse drummer backing up the band. We’re talking about Chad Smith, drummer of the American alternative rock band, Red Hot Chilli Peppers. Chadwick Gaylord Smith was born on the 25th of October 1961. Chad spent his childhood in Bloomfield, Michigan and attended the Andover High School and graduated in the year 1980 from Lahser. In his twenties, Chad went to California to meet up with his brother where one day, he auditioned for the part of a drummer for the band Red Hot Chilli Peppers. He skilfully took over from where former drummer of the band Jack Irons took off from. However, after the auditions, the band vocalist Anthony Kiedis put a stipulation that Chad had to come for the sessions from the next day only if he went bald for the band. That’s because Anthony just didn’t like Chad’s bandana hair look because that reminded him more of Metallica whereas Red Hot Chilli Peppers was a more punk style rock band and his bandana image just didn’t suit the whole thing. However, the next day, Chad wore the same bandana and walked in for the practice but then Anthony said nothing because he secretly found Chad’s persistence pretty impressive. He was allowed to session with the band and has never stopped ever since. Chad Smith is famous for his groove and funk drumming style.

Prior to Red Hot Chilli Peppers, Chad played with many other local bands such as Tyrant, Tilt, E-Train, Toby Redd, etc. One of the best things about Chad is that although he is widely recognized as the drummer for the Red Hot Chilli Peppers, Chad has also been featured in many other albums, which were not associated with his band at all. Chad has been performing drum clinics with many renowned drummers, one being an act with his long time idol, drummer, Ian Paice of Deep Purple. He is also very keen to spread his knowledge among aspiring drummers. Therefore, in 1993, he released a drumming instructional video called “Red Hot Rhythm Method”.

Chad also went on to perform many more drum clinics, especially in the UK during late 2007 with Steve White, Chad's drummer friend. In the UK, he toured in places like Cardiff, Manchester, Keighley, Newcastle, Birmingham, etc. The concert tickets on his tours were all sold out. Chad was also working on a project called the “Chickenfoot” with noted Van Halen members Michael Anthony and Sammy Hagar. However, since Sammy had some problems with his schedule, the project was unfortunately discarded. Chad had already worked on forming a new band which consists of Jeff Kollman, guitarist of Cosmosquad, Kevin Chown on the bass and Ed Roth on the keyboards. The band will be launching its debut album sometime in the year 2008.

When it comes to using the right set of tools for fulfilling his drumming needs, Chad Smith uses an ordinary drumming set up. He has his own signature Pearl snare drum. Presently, Chad is associated with Sabian Cymbals and Pearl Drums. He was formerly married to Maria St. John in 1994 and they had one child, Manon St. John in 1997. They separated in 1998 after which he married Nancy Mack in the year 2004 in the Bahamas. They have a son named Cole Madison. Chad is an outdoor kind of guy and he loves scuba diving, playing baseball as well as basketball. He also owns a Harley, a black Road King that he has modified himself. Glen Hughes, former bassist for the rock band Deep Purple has recorded his album within the comfort of Chad’s home studio itself. Apart from being a great drummer, Chad is also known to play a bit of guitar, which he did, along with Steve White on one of his tours. He repeated his guitar performance for Pearl Jam’s Last Kiss for his special fan. With his crazy antics like putting on a giant light bulb on his head during one of his shows and still mesmerizing his fans with his drumming skills is exactly what Chad Smith is all about. One joke that has been going around for a long time is his resemblance to comic actor Will Ferrell which either one of them may not be aware of. 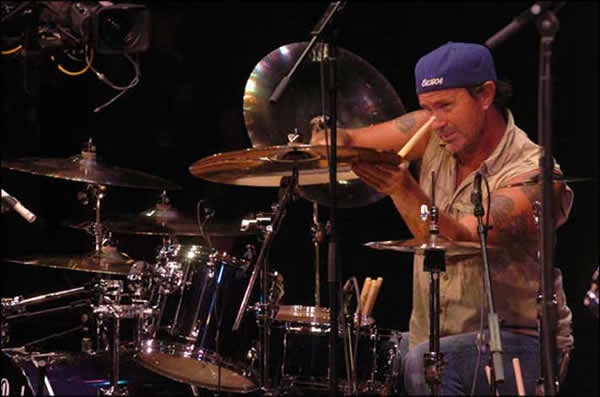