Dave Lombardo is a drummer known for his drumming speed and his highly innovative skills. He is one of the founders of the American thrash metal band, Slayer and has also been a member of accomplished acts like Grip Inc., Fantomas, Testament and Apocalyptica.

Lombardo was born on February 16, 1965 in Havana, Cuba. His family moved to US when he was only two years old and settled in Southgate, California. Like many drummers, his fascination with drums started when he was a small boy. While in school at the age of 3, Lombardo chose to perform a Santana song using bongo drums during a school program, Show and Tell. As he grew older, Lombardo’s interest in drums grew with him. He joined the school marching band, but he didn’t find it so amusing. His father however saw that his son had an unquenchable thirst for drums and so he bought him a five-piece Maxwin drum set worth US $350. Lombardo then bought Alive!, an album by rock band Kiss so that the could play along as the songs played. From this album he repeatedly played the song ‘100,000 years’ and was able to play the solo part in the song. Word spread that Lombardo was good at drums and was asked to play a difficult song ‘Moby Dick’ by Led Zeppelin. This was a challenge that inspired Lombardo to strive to be a better drummer. He was greatly influenced by the playing style of Led Zeppelin’s drummer John Bonham.

After realizing that he was headed for the professional arena, Dave joined music classes but he lasted only a week, saying that the lessons were a boring monotony. He then started playing at discos but his parents were opposed to him coming home late at night and threatened to take him to a military school if he didn’t quit. He gave in, but in 1978, he returned to rock music and spent time talking with aspiring musicians around Southgate. He would invite them to play songs by renowned artists like Jimmy Hendrix.

While a student at Pius X High School, Lombardo performed at a talent show with a guitarist called Peter Fashing. Their performance caused a crack of roars from the audience and Lombardo became a one night school celebrity with a new tag, ‘David the Drummer!’ He then decided to form his own band called Escape, with two other guitarists. He was later forced to leave Pius X School due to poor grades and he joined South Gate High School. It was in this school that he found a vocalist for their band, which performed under a new name, Sabotage. The band didn’t make much progress though Lombardo had invested a lot of time and efforts to it. His parents became worried about it and advised him to quit the band and find a job.

In 1981, Lombardo found a job as Pizza Delivery boy. The job was a double blessing for him. First, he was able to buy a better drum set and cymbals and secondly, while delivering a pizza one day he met a guitarist named Kerry King who lived a few blocks away form their house. Kerry told Lombardo that he had a band and was looking for a drummer. He therefore asked Lombardo to join the band. The band was complete and they named it Slayer.

In the early 80s, the band produced their first album, Show no Mercy and toured extensively promoting it. In 1986, the band released another album, Reign of Blood. While they toured to promote it, Lombardo left the band since he felt they were not making money. He returned again the following year after being coaxed by his wife Teresa. He again left the band in 1992 after he chose to be with his wife as she gave birth to their first child rather than tour with the band.

Lombardo started his own band called Grip Inc. after the birth of his first born. The band released an album called Nemesis in 1997. The following year, he joined Fantomas, a side project he undertook with Mike Patton, formerly with Faith No More. With the band, he recorded five albums and also worked with Testament and on their album The Gathering.

Lombardo got involved with other side projects and worked with notable artists like Dj Spooky and Apocalyptica. He was recalled to Slayer again in 2004. Since then, the band has recorded more hit albums and toured extensively promoting their music. 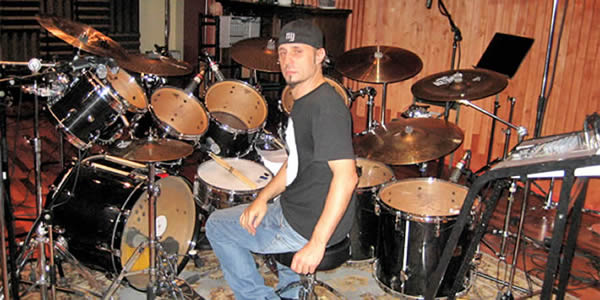