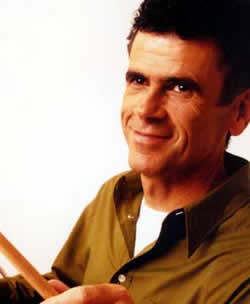 David Garibaldi is a drummer of the funk and soul band The Tower of Power and widely respected by many musicians and fans for his innovative ability in funk music.

David was born in Oakland, California, in 1946. David was a small boy when his fascination with drums begun, while he was growing up in the East of San Francisco. At the age of 10, David was playing drums though he didn’t have any drum set of his own. His parents were supportive of him and so when he went to high school, they bought for him his first drum set.

When David was a teenager in his early teens, he would spend much of his time on his drum set. He started playing drums professionally when he was 17 years old. His career as a drummer, however, faced a stumbling block. 1966, the year he started playing professionally, was the onset of the Vietnam War and as was the requirement he was supposed to serve in the army. And so when his enlistment to the United States Air Force came, he was assigned to the 724th United States Air Force Band. After his tenure in the Army, he returned to his San Francisco Bay Area home in 1979, ready to go back to his life’s dream, playing drums. David then joined Tower of Power in the summer of 1970.

Tower of Power was formed in the early 60s by Emilio Castilio, a tenor Saxophonist who was 17years old then. The original name of the band was The Gotham City Crime Fighters. The band was horn based and so Castilo was joined by baritone saxophonist Stephen Kupka and Mic Gillette who played trumpet and trombone. Later, the group moved to Oakland where they started writing their own music and performed in the Bay Area.

Tower of Power made an impact as a recording group when David joined them as a drummer and Greg Adams joined as trumpeter and arranger. Once the band line up was complete, they contacted promoter Bill Graham who signed a recording contract with them. Their first album was East Bay Grease and their second was Bump City, which was produced under Warner Bros. Records. But it was their third album, the 1972 Tower of Power that became a real hit. The album entered the Billboard Pop Album chart at number 15. The album also contained some hit singles like You’re Still a Young Man’ and ‘What is Hip?’, which stayed on the charts for a long time.

Since, the band has continued to release successful albums and some their songs have been featured as movies sound track like ‘So Very Hard To Go’ which was a sound track in the 2002 hit movie, City of God. They have so far released 16 studio albums, 4 live performances albums and six compilations albums. In 2007, the release another live performance album, this time a DVD entitled Live from Leverkusen.

David’s talent was seen while working with Tower of Power. He soon became one of the most sought out drummers. He featured in hundreds of songs by notable artists and has appeared on live TV shows and on films. Some of the artists he has worked with include Natalie Cole, Wishful Thinking, Mickey Hart's Planet Drum, Ray Obiedo, Patti Austin, the Buddy Rich Orchestra, Boz Scaggs, Talking Drums, Gino Vanelli, Deniece Williams, Jermaine Jackson, the Yellowjackets and Larry Carlton.

David has produced a number of books and videos. These books are on sale worldwide are distributed by Alfred Publishing and Warner Brothers Publications. David has of late been working as a drummer for The Strokeland Superband, which is a 'Doc's' special project by 'Doc' Kupka. He has also been working with RAD, a singer who has also featured in the horn section of the Tower of Power in one of her productions. The two have been touring and performing together.

David won the R&B/Funk category of the Modern Drummer Magazine readers Poll for Five consecutive years from 1980-1985, a feat he again repeated in 2003. His Video ‘David Garibaldi featuring Talking Drums’ won the 1998 Best Percussion Video award though polls conducted by DRUM! magazine. David has also been conducting international clinics since 1980, and been a Columnist for Modern Drummer Magazine and other international drum publications.

David had left Tower of Power for sometime to concentrate on his personal projects but he returned in January 1998, and continues touring with the band to date. 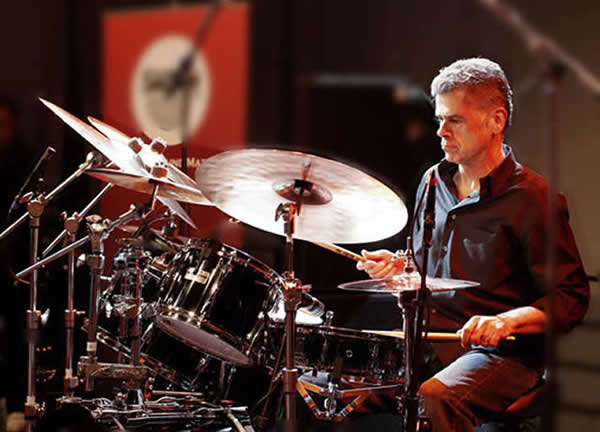