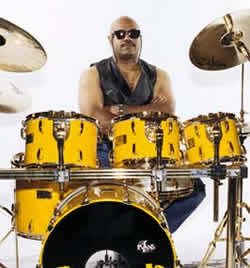 Dennis is an American drummer who has made a name for himself in the world of music despite the fact that he had no formal education in music. He learnt by playing in clubs from early age. Born in 1960 in Baltimore, Dennis Chambers started playing drums at the age of 4. His ardent interest in drums at that age propelled him to keep playing whenever he got a chance. This child prodigy started performing in clubs at the age of 6. Within a short time, he had been invited to perform in most night clubs in Baltimore area. After graduating from high school in 1978, Chambers joined Parliament and Funkadelic, a band he played with until 1985. Parliament and Funkadelic is a funk music group headed by vocalist George Clinton. It’s a collective of two bands consisting of the same members but records for different labels.

After leaving the group in 1985, he did a number of session work projects in New York. He also landed a job as the house drummer for Sugar Hill Records Company. After working for a while, he joined another band, Special EFX the same year. After working with Special EFX for two years, Chambers joined the David Sanborn Band and later on worked with John Scofield Band. The band disbanded in 1989. After that, Chambers joined the Mike Stern and Bob Berg Band. Chambers has however played for many other bands since then, including those of Randy Breckers and Michael Breckers, Mike Urbaniak, Bill Evans, CTI All Stars, George Duke, Stanley Clark, Steve Kahn's Eyewitness and John McLaughlin.

Dennis Chambers has also recorded his own record called "Getting Even" on Pioneer Records, and an instructional video on DCI.

Chambers is currently playing with Niacin, a group founded in 1996. Other Members of the group includes Billy Sheehan and John Novello. Though Chambers, as it is with other members, continues to work solo on other side projects, they always come together to perform as a unit. They have so far made remarkable success and gained a large following even though they play non-commercial instrumental fusion. With Chambers, the group has produced the following albums. Niacin - 1996, Live - 1997, High Bias – 1998, Live! Blood, Sweat & Beers – 2000, Deep – 2000, Time Crunch – 2001, and Organik – 2005. Chambers is also touring with Carlos Santana.

If you have a chance, I definetely recommend checking out some of Dennis Chambers drumming. I guarantee you won't be disappointed. 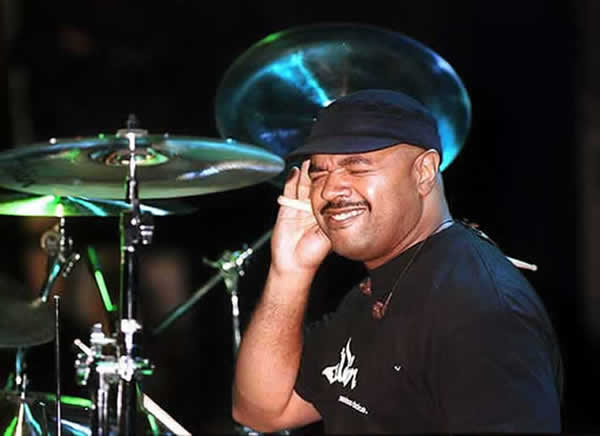