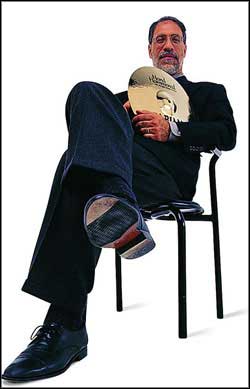 Many drummers teach lessons, play in drum clinics, and lead master classes, but no one does it as much as Dom Famularo. With inspirations such as Buddy Rich and Jim Chapin, Dom has led a life full of inspiration and knowledge to the drum community. He was the first ever western drummer to teach out east in Asia, and continues to play for clinics across the world. Dom’s incredible ability to reach people and communicate, mixed with his sense of humor, provides him with an ability to teach every drummer from any style. His achievements as a drummer go beyond that of teachings, being a professional drummer since the age of 12.

Dom started drumming early in his life with his two older brothers. He eventually moved onto other bands, where he realized that he wanted to be a drummer for the rest of his life. Dom always had an outgoing personality, which made him an easy teacher to listen to. He knew right away that he would be a drum instructor.

Dom has quite the education to back him up. Starting as early as he could, he has taken drum lessons from many professionals. These include lessons from drum masters like Joe Morello, Jim Chapin, and Al Miller. He spent many years studying drum rudiments, theory, jazz and other techniques from these drumming greats. In the year of 1976, Dom attended the Dick Grove music school in California. Here he furthered his drumming knowledge under the direction of many drumming instructors.

Dom is best known for his work as an instructor and educator. When he was starting out, he maintained an average of 40 – 50 students a week. Eventually, he took his teachings abroad as he started leading more and more drum clinics. His popularity grew as a drumming instructor as he played at Percussive Arts Society Convention (PASIC), Percussion Institute of Technology (PIT) in Hollywood, California, KOSA Camp in Vermont USA, North Texas State University, the Graham Cole Percussion Camp in England, and Drummers Camp in the Black Forest of Germany. This is just a small sample of the many clinics he has played.

In addition to instructing, Dom has played for many recordings and live performances. He was a guest performer at the first ever Buddy Rich Big Band tribute concert. Dom has also played for B.B. King, Lionel Hampton, Chuck Leavell (Rolling Stones), T Lavitz (The Dixie Dregs), and the Louie Bellson Big Band. Although he has played for many top artists and groups, Dom does not rely on this as his claim to fame.

Dom has played on a wide variety of drum sets in his lifetime. Currently, he endorses Mapex drums, and plays a sparkle finish Mapex Saturn maple drum kit. Dom does not play two bass drums, however he is a master at the double bass pedals. As for cymbals, Dom plays a large variety of Sabian HHX series cymbals. Ever since he can remember, Dom has endorsed Vic Firth drum sticks, as they are his favorite type. Dom also endorses Evans drum heads, and Shure microphones and in ear monitors.

If you haven’t heard of Dom Famularo yet, you may want to take the time to check him out. His incredible ability to teach will inspire any drummer. Being a master of the Moeller method and the double bass, Dom has a special place in the new music scene today. Plus, with teachings from Jim Chapin, Joe Morello, and Ronnie Benedict, Dom sure has a lot of experience behind him. Dom plans on teaching the drums until the end of his life, following in the footsteps of Jim Chapin. 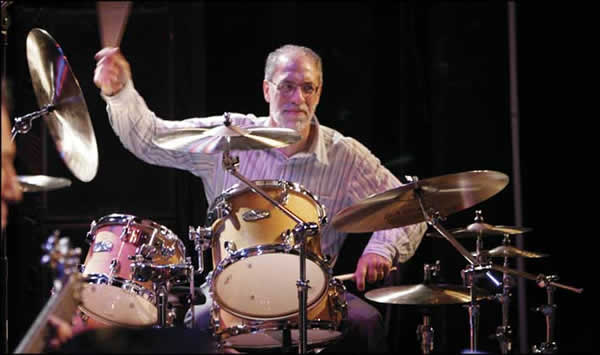