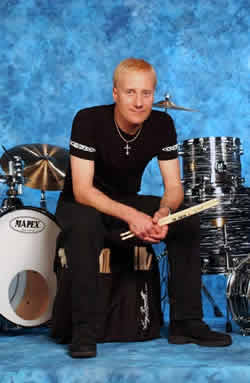 Gregg Bisionette was born in a family of musicians on June 9, 1959 in Detroit, Michigan. His family had their own band. His father Bud played drums, while mother Phyllis played piano and vibraphone. His elder brother is a bassist. Gregg also has younger sister named Kathy. In 1996, he married Sadhna Ruth Milton and has a son Noah Budd Bissionette and daughter Mary Ruth Bissionette.

Gregg got a taste of drums at a young age of 5. His father was an inspiration to Gregg right from the time he was a baby. He allowed little Gregg to practice on his set of drums when he was 5 and became his first drums teacher. Gregg later practiced with various drum sets under teacher Bob Yarborough while in Warren Michigan. At 14, Gregg and his brother Matt started a band called "Today's People", that was inspired by their stage performances while at school. Their school band was directed by their teacher and expert drummer Jerry Hasspatcher.

1975 was a great year for Gregg who was playing as a drummer for Warren Mott High School Jazz band. The band was directed by Bill Baker. After seeing how immensely talented Gregg was, he recommended him to work with a number of professional bands in Detroit area. With this, Gregg performed with several bands including “The Brookside Jazz Band’, ‘The Austin Moro Band’ and ‘Concertjazz’, among others. In 1976, Gregg and Matt started a new band called ‘Grand Circus Park’. The group somehow was very much influenced by another band named Chicago that all they did was like a prototype of Chicago. They even renamed it Chicago 2, but later reverted to their original name to maintain their identity. The group did well and made music incorporating songs from their favorite group like The Beetles, Led Zeppelin, ELO, Aerosmith, and many others.

While in Junior High School, Gregg expanded his music knowledge by being actively involved in various school bands. He practiced under different drummers who inspired him and brought on a wide variety of drumming styles. He took lessons under Jerry Hasspatcher and another popular drummer Myron MacDonald. This continuous process of learning gained him a scholarship to the Interlochen School of Music Summer Band in 1974. By this time, Gregg already had professional experience while with father’s band called ‘The Buddy Blair Band’.

After graduating from high school, Gregg went to study at the University of North Texas. While in the university, he performed with “One O’clock Jazz Band" which was highly celebrated band at the university. Gregg recorded 2 albums with the One O’clock Band; "Lab 80", and "Lab 81". He later joined an R & B group based in Dallas, "The Buster Brown Band". He also became a member of another Dallas based band "Network" that included his brother Matt on bass and vocals, with Paul Ventimiglia on keyboards and vocals.

1982 opened a new chapter in Gregg’s life. It was the year he left Dallas and moved to LA. Within a short time he and a group of friends he had met ‘ganged up’ to form The Woodland Hills Drum Club." This was initially a fun drumming club whose members were Greggs close friends Myron Grombacher from the Pat Benatar band, Mark Craney from Gino Vannelli's band, and Doane Perry from Jethro Tull. They were joined by their other friends that included Jay Rubin, Dean Zimmer, Tony Pia, and many others.

Gregg had always admired Maynard Ferguson’s Band and wished he would get a chance in the group. His dream came true when in 1982, he joined Maynard Ferguson's band, which already included Matt on bass. Soon the group went on a world tour which was covered on a CD called "Live In San Francisco". Gregg later joined Brandon Field’s band. Together they produced a CD entitled "The Other Side Of The Story”. He also toured with Tania Maria’s Latin and Jazz group.

In 1985 Gregg’s career reached its peak when he joined David Lee Roth’s band which also featured Steve Vai as guitarist, Billy Sheehan on the bass and Brett Tuggle on the keyboard. The group recorded multi platinum CDs “Eat 'Em & Smile", & "Skyscraper". Matt joined the band later and toured with them. They produced other hit records and won many awards and a lot of admiration from their fans.

Since then, there was no turning back for Gregg. He has recorded many other albums with various bands and artists. Notable among them are Toto, with who he toured Japan in 1995, Stever Lukather, Bon Henry and many others. In 2000, Gregg had an amazing moment of his life when he played in Multi Grammy Award winning album Supernatural, of Carols Santana. In 2001 he did a live concert with Matt. The concert was called Zoom. Matt also helped Gregg to produce two solo CDs, "Gregg Bissonettte", on Shrapnel Records, and "Submarine" on Favored Nations records. 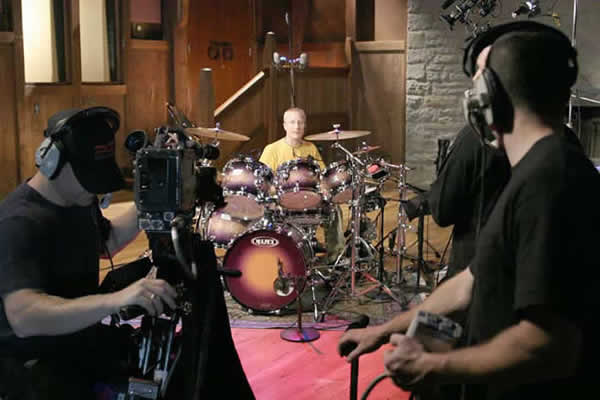