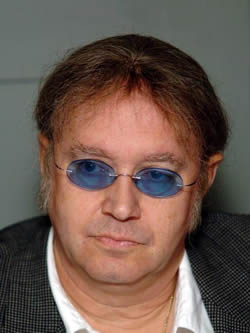 Ian Paice is a drummer of the famous rock band Deep Purple. Ian neither had any formal education in music nor did anybody teach him for that matter. He learned to play drums by trying to imitate what he heard from drummers playing on the radio. Paice greatly admired drumming styles of jazz legends like Gene Krupa and Buddy Rich, and always dreamt of emulating them.

Paice was born on June 29, 1948, in Nottingham, England. His family later moved to Bicester in Oxfordshire. Ian got his first drum kit by age of 15. He practiced hard on drums, especially noting that being left handed, he needed to come of with techniques which would fit the right handed drum kits. Though Paice was playing for his father’s Dance band in the early 60s, the first professional band he played with was "Georgie and the Rave ons", a local group in Becester, which later came to be known as "The Shindigs". After a short stint with this group, Paice left it to join another group called M15, which later changed its name to The Maze. After a shot time with this group, Paice left and helped in forming Deep Purple in 1968. Deep Purple would later be one of the biggest rock bands in the world, especially during the 60s and the 70s. While at The Maze, Paice played along side Rod Evans, who was also a founding member of Deep Purple. The other members of the band were Jon Lord, session guitarist Ritchie Blackmore, and Nick Simper,

In 1969, Deep Purple was fully organized and ready to roll the dice. They would soon start dominating the charts with such hit albums like Deep Purple in Rock, Fireball, Machine Head and Who do we Think we Are, which were released in within a period of years, from 1970 to 1973. As time progressed, the band was a world wide phenomenon producing hit singles and albums frequently. Some of these albums included “Burn”, “Stormbringer”, “Come and Taste the Band” among others. Paice's drumming techniques have been showcased in many of their hit songs but the best example are 'Made in Japan' "The Mule" where he has done a 9 minute solo, "Child In Time", "Flight of the Rat" and the album 'Machine Head'.

Paice was called for studio recording by a number of artists who included Peter York, Elf, Green Bullfrog, Velvet Underground, Baby Face and many others. In the early 70s, he appeared on a live BBC concert along with Jon Lord. He also worked with Carmine Appice and formed the group Paice, Ashton and Lord. They were part of the project ‘First of the Big Bands’ and appeared on Live BBC sessions. This group toured around and recorded two albums. But in 1977, the group disbanded when they realized that their efforts didn’t bore as much fruit and expected. Nevertheless, the again came together in1979 for a number of gigs and projects.

From 1979 to 1982, Paice worked with Whitesnake group and they released 3 albums ‘Ready An’ Willing,’ ‘Come An’ Get it’, and ‘Saints An’ Sinners’. However, he wasn’t stationed in one band. He also played with Gary Moore, but in 1982, he settled down with the Gary Moore Band. At that time, Deep Purple was in hiatus and all the members were involved in various other projects. After two years of playing with Gary Moore, he got back to Deep Purple, which had again regrouped, and Paice took his rightful place behind the kit to drum the group to the next phase.

In the 90s, Paice was involved in a number of social activities besides music. He organized many clinics for music learners and music fans around the world, and attended charity programs at Oxford. In 1999, Ian made a guest appearance in Paul McCartney’s Run Devil Run, rock n’ roll album. He was also part of the Beatle’s promotional tour.

After Jon Lord left the group in 2002, Paice is now the oldest band member of Deep Purple. But even with the new and reformed Deep Purple, they have continued to release and recorded many hit albums and tours worldwide. Recently, Paice released a solo DVD with which he intends to attract drummers and fans alike with his master beats. Paice is also in the Drummers’ Hall of Fame. 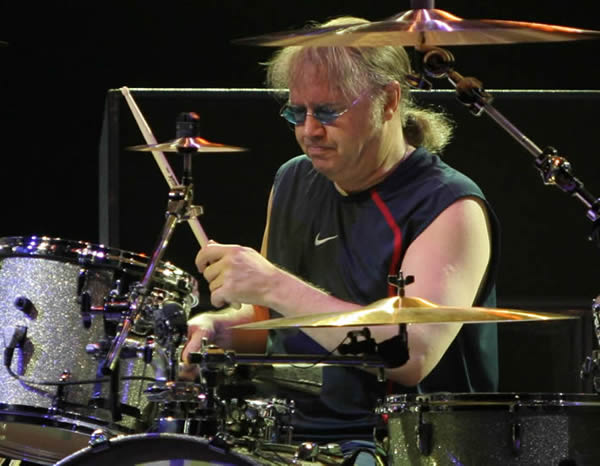