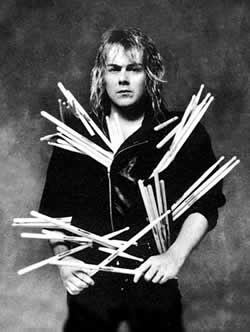 That’s right, his last name sounds a lot familiar and why not, he is the son of perhaps the best drummer there ever was. Jason Bonham like his father, Led Zeppelin drummer, John Bonham, is a drummer too and he is very proud to follow his father’s footsteps. Jason Bonham was born on July 15th 1966 in Worcestershire. Just like his father who took to drums at an early age, Jason too started playing drums when he was hardly four years of age. In fact, he is even seen in the Led Zeppelin film, “The Song Remains the Same”. At the age of 17, Jason found his calling towards drumming and he joined the band Airrace. In 1985, he started performing with Virginia Wolf and later on, he also helped the rock band “The Firm” during their tour in the US. Jason then joined Jimmy Page, former Led Zeppelin guitarist for Jimmy’s Outrider album and the consequent tour. It was in 1989, that Jason got an opportunity to play with the existing Led Zeppelin band members for a reunion concert at New York. John Paul Jones is said to have been quoted saying that Jason’s performance that night was truly outstanding. In the year 1989, Jason Bonham formed his band naming it “Bonham”. The single by Bonham, i.e., “The Disregard of Timekeeping” was an instant hit among music lovers. However, the band did not enjoy the success that Jason always dreamt and hence Bonham was soon disbanded. He then focussed more attention on individual sessions with other bands and making guest appearances in albums.

Bonham is also known to team up with artists and bands alike such as Slash, Paul Rodgers, Jeff Beck, etc. In 1992, he collaborated with other music artists like Daniel MacMaster on the vocals, Ian Hatton playing the guitar and John Smithson on the keyboard/bass. Together, they helped Jason complete his next album, i.e., Mad Hatter. On the eve of his teaming up with artists like Slash, Paul Rodgers, Jeff Beck, etc. to pay a tribute to Muddy Waters, the work that they had accomplished had actually earned the album a Grammy nomination. In 1994, Jason, once again took up his drumsticks for a gig with Paul Rodgers and Slash at the Woodstock II. Jason was also responsible for the formation of the band Motherland and releasing an album with them named “Peace 4 Me”. During the induction ceremony of Led Zeppelin in the Rock & Roll Hall of Fame, Jason Bonham once again stepped into his father’s shoes performing once more with the surviving Led Zeppelin members, i.e., John Paul Jones, Jimmy Page and Robert Plant. Jason is still asked by many of his father’s fans about how he felt about the Led Zeppelin concerts during his the “Bonzo” era and he straight away comes with an answer that he hardly went to see the Led Zeppelin because his father was a firm believer in the fact that school work always came first. He remembers instances with his dad, when once John asked him whether he knew “Trampled Underfoot” to which he would eagerly reply, “Yes”. They would then play together for hours. On Bonzo’s death, Jason Bonham willingly stepped forward to the drum kit to carry on his father’s great tradition and his love for music.

Jason Bonham married Jan Charteris on May 1990 in Kidderminster. Jason Bonham’s wedding reception was unlike none other, which included a jamming session with the Led Zeppelin members, Robert Plant, Jimmy Page and John Paul Jones. Jason Bonham has two kids, his son Jager and his daughter Jaz. He even appeared in the film “Rock Star” which starred renowned US actor, Mark Wahlberg. He later toured with his younger sister Debbie Bonham, to support her album. He was also asked to play the drums for a gig by rock group UFO. Jason is also known to record with blues singer/guitarist, Joe Bonamassa. May 2006 saw Jason Bonham starring in the VH1 reality show titled “SuperGroup” which included many other music artists from bands like Biohazard, Skid Row and Anthrax which then led to the formation of a band which comprised all of these artists called “Damnocracy”. Late 2007 actually saw Jason Bonham fill his father’s shows as the drummer for Led Zeppelin for their reunion concert at O2 arena in London. Many critics and music lovers have quoted that Jason Bonham had done a superb task proudly carrying on Bonzo’s tradition which may as well last for years to come, all thanks to his son, Jason Bonham. 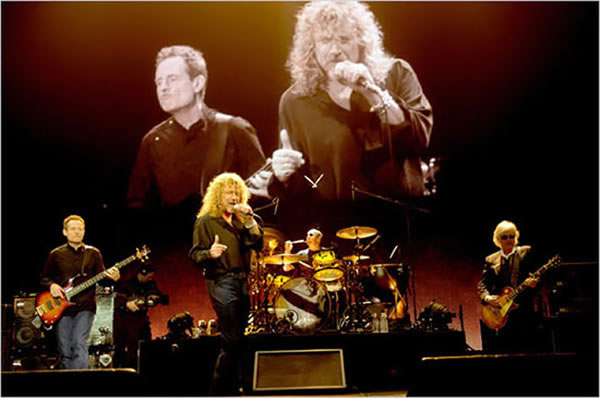