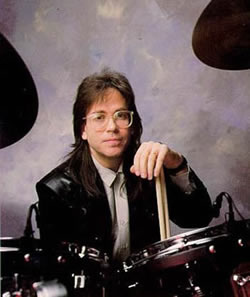 Jeffery Thomas Porcaro was a respected American drummer who, though died at the height of his career and still lives in the hearts and ears of thousand of music lovers. He was born in Hartford, Connecticut on 1st April, 1954. Having been born in family that had strong music roots, Jeff was destined to nothing less than music. His grandfather was a drummer while his father was a famous percussionist. His uncle Emil Richards played with a local orchestra in Connecticut. He and his brothers Mike Porcaro and Steve Porcaro were exposed to the drums while they were still very young. Jeff was started getting drum lessons at the age of six from his father and renowned drum instructors like Bob Zimmitti and Rich Lapore.

At the age of thirteen, Jeff Porcaro moved to California where he got his first taste of a rock band. Fours years later, he joined Jack Daugherty band and recorded the first album with the band. In 1972, when he was just 18 years, Sonny and Cher, an American pop music duo of husband and wife, signed him up for their shows. This was his first professional experience which took him on tours around America and got him appearances on T.V shows. This was a good platform for Jeff to get exposed to various opportunities and for sure it did. While still with Sonny and Cher, Jeff got to play for famous artists such as Seals and Crofts, Dante’s club, Barbara Streisand, Warren Evon among others.

The end of 1973 opened new door to get more recognition, when Steely Dan assigned Jeff to record with him. Soon Jeff was a sought of drummer, recording, touring and doing sessions with many known artists. Jeff knew it was time to fulfill his childhood wish of having his own band and making it famous world wide. He therefore contacted his friend David Paich and the two came up with what was to become a Grammy Award winning band, Toto. Even as Jeff and Paich recruited new members with the band and started writing the songs, Jeff started to work with music legends like Hal Blaine and Gordons, Keltners.

Jeff work is embodied in Toto’s hits like “Hold the Line”, “Childs Anthem”, “Georgy Porgy”, ‘I’ll Supply the love’, and many more. The group fame was enhanced by other hit numbers like ‘Hydra’, “Rosanna”, “Africa” which topped the charts on their release. Rosanna was dedicated to Steve Parcaro’s girlfriend actress Rosanna Arquette. The Band popularity spread like wild fire. Their efforts were crowned with a Grammy Award and most of their albums topped the charts worldwide. Some of their hit albums include Isolation, Fahrenheit and The Seventh One.

In 1974, Jeff recorded for Steely Dan’s Pretzel Logic and with Bob Scaggs’ Silk Degrees one year later. Due to his musical talent and his ability to play various styles of music, he got to work with artists from a variety of genres like pop stars Madonna, Michael Jackson, Bee Gees, B-52’s, Bruce Springsteen and many more. He also recorded with country and folk musicians. He spread his wings in different countries and worked with artists from France, Brazil, Japan, Africa and many other countries. His drumming is recorded in Michael Jackson’s’ “Thriller”, Elton John’s “Jump up”, Bruce Springsteen’s “Human Touch”. He even got chance to work with legendary artists Ray Charles, Eric Clapton, Stanley Clark and Van Halen, even as he continued propelling Toto to greater heights. Jeff was married to Newscaster Susan Norris and had three sons named Christopher Joseph, Miles Edwin Crawford and Nico Hendrix.

On August 5, 1992, Jeff died after suffering a sudden heart attack as he used pesticides on his garden. A postmortem report reveled that he had been suffering a heart problem that was never diagnosed. It was also reported that he had traces of cocaine in his body, but it was insignificant as a cause of his death, and was not known to be a drug user. Jeff was laid to rest in Hall of Liberty cemetery at Hollywood Hills.

After his death, a fund was established that would offer Scholarships at his former school, Grant High School. The band has continued to pay tribute to their dedicated son. The band and other stars like Don Henley, and Van Halen held a Memorial concert at Los Angeles’ Amphitheater to raise funds for Jeff’s family. 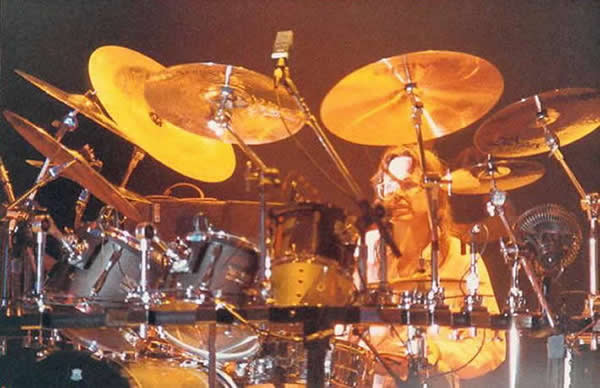