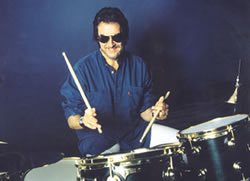 Perhaps one of the most revered drummers after Buddy Rich, Gene Krupa and Ringo Starr is Jim Keltner. He is one of the most famed session drummer whose services over the years have been sought by music legends and other celebrated artists.

Keltner was born on April 27, 1942 in Tulsa, Oklahoma. He has been working with many bands and renowned artists over the years. But he is mostly remembered for the work he did with three Beatles members, George Harrison, John Lennon and Ringo Starr. In August 1971, Keltner played alongside Ringo Starr on the Concert for Bangladesh, which was the first rock concert organized to raise money for charity. The concert was convened by George Harrison and Ravi Shankar.

Keltner has had a very cordial relationship with the Beatles. He was requested by George Harrison and Ravi Shankar to accompany them for a series of concerts. After he agreed, they had their first performance in Memphis on November 20, 1974. He had been a very close friend of the Beatles as seen in the way he was parodied by Harrison and Starr when they both released their solo albums in 1973. Paul McCartney who had not worked with Keltner including a note at the back cover of his album Red Rose Speedaway, which urged the fans to join the Wings Fun Club by sending a ‘stamped addressed envelope, and a London address was given. Wings was a band started by McCartney after the Beatles broke up. But later that year when Harrison and Ringo released their albums Living in the Material World and Ringo respectively, they included notes urging fans to join ‘Jim Keltner Fun Club’ by sending a ‘stamped undressed elephant’ and a Hollywood address was given! Keltner also appeared in the video of the hit song ‘This song’ by George Harrison where he played the role of a judge. He also toured with the All-Starr Band of Ringo Starr in the late 80s and also toured with George Harrison’s Traveling Wilbury but used a pseudonym Buster Sidebury.

Keltner has been playing different genres of music including jazz, pop and R & B. in fact his first work was with a pop group known as Gary Lewis and the Playboys. Besides working with the three members of the Beatles, Keltner, has also been called in to work with various other artists who includeManhattan Transfer, the Traveling Wilburys, Bob Dylan, Arlo Guthrie, Mick Jagger, Joe Cocker, John Lee Hooker, and a host of others that also included Willie Nelson, Pink Floyd, B.B. King, Eric Clapton, the Bee Gees, Jackson Browne, Elvis Costello, Rita Coolidge and Harry Chapin.

Keltner is a R & B virtuoso but he has a unique technique which sets him apart. Renowned drummers like Jeff Porcaro and Danny Seraphine have praised Keltner saying that he has influenced them in their maturity as drummers. His expertise in drums can be heard in the numerous albums that he has featured in. But the most catchy of them are in songs like Jealous Guy from the album Imagine, by John Lennon, Gary Wright’s hit single Dreamweaver, Josie from the album Aja by Steely Dan, Lay Down Sally from Slowhand by Eric Clapton among others.

After the death of George Harrison, a concert was organized to pay tribute to this great musician of Beatles fame. Keltner performed in this concert that was tagged Concert For George. He brought back the memories of his times with Harrison’s supergroup, Traveling Wilbury, with his mesmerizing performance. He played alongside other legends of the former group, Tom Petty and Jeff Lynne.

Keltner was part of "The True False Identity" tour to promote the album by T Bone Burnett In 2006. He also featured on the album Last Man Standing by Jerry Lee Lewis. The following year, Keltner was featured together with bassist Carol Kaye in the album "Brand New By Tomorrow" by Money Mark. 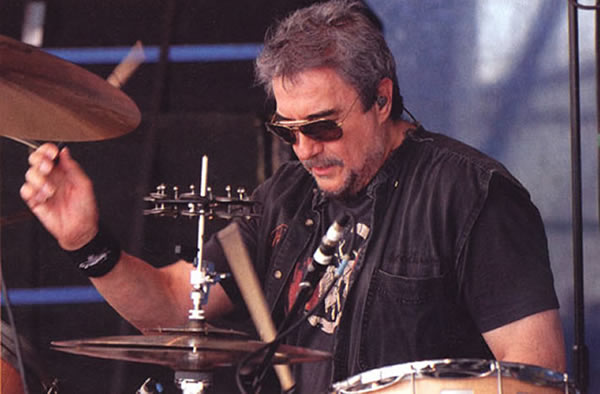