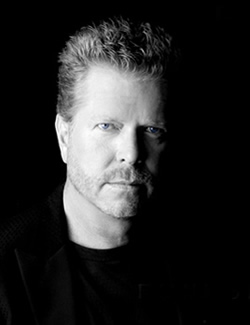 John Jr. Robinson is one of the world’s most talented American drummers who live in Los Angeles. He is a leading composer of music and the world’s most recorded artist. He has already surpassed the record held by Hal Blaine.

John was born on December 29, 1954, in Creston, Iowa. His father was called Dr. Jack Robinson who was an optometrist by profession. His mother’s name was Helen Sloan. His parents recognized John’s Musical talent while he was still young, so they gave John general musical education and encouraged him to be a musician. He learned piano and drums when he was a little boy. He was 5 when he started learning piano and 8 when he started learning drumming. Music caught his attention and he devoted most of his time in drumming. John was good athlete but he wanted to make his career in the drummers’ world.

His music journey started at tender age of 10, when he formed his own band. At age of 14, he joined Iowa Big Band and toured with the Band for a while. He attended many music camps in his teenage years before joining Berklee College of Music to pursue more advanced in education in music. John learnt a lot from Barklee. He was introduced to a whole new world of culture through music.

While touring with his band in 1978, John’s career got a boost. In the club where they were performing, Rufus and Chaka Khan came to watch the show. Rufus was so impressed with the band that he even sat in with John for part of the show. That night Rufus invited him to join his band and a few weeks later, he was working with the Rufus band and completed with them the world tour they had started earlier on. After this, John was on a roller-coaster of fame and success. The same year, he was introduced to Quincy Jones ‘Q’, and was also chosen for recording of Michael Jackson’s album “Off The Wall”. After the release of this album, John became an overnight celebrity and won instant fame.

From then on, all top artists desired to work and do sessions with John. He excelled in almost every kind of drum composition he was involved in. He gained wide recognition and his recordings and performances pleased audiences all over the world. He got endless offers but he had to reject many of them due to tight schedules.

In 1970s and 80s, he worked with Lionel Richie, The Pointer Sisters, Michael Jackson, Natalie Cole, David Lee Roth, Steve Winwood and many more. ‘All Night Long’, We are The World’ by Eric Clapton, ‘The Dude’ with Quincy Jones, and Super hit soundtrack of Michael Jackson ‘ Thriller’, etc. were some soundtracks he worked on. But within all this fame, he remained dedicated to Quincy Jones and Barbara Streisand’s bands.

Later, in 1983, his accomplishments were recognized and efforts rewarded when he won a Grammy with Rufus and Chaka Khan for “Ain’t Nobody”. Through out the years, John retained the rich quality of his music and kept standards high. With each passing year, more projects came his way. Some of the projects he worked on include California Girls by David Lee Roth, Express Yourself by Madonna, Ray Charles’ Genius Loves Company, Natalie Cole CD ‘StarDust’, From Q with Love and Look Joint by Quincy Jones.

Even with so much workload and no time to spare, he organizes clinics and offers learning courses in music. He is attached to Los Angeles Music Academy, where he offers drum Courses in “Studio Techniques”.

He has recently worked with Peter Frampton in Peter’s Live CD “Frampton Comes Live 2”. Recently, he released his “Funkshui” solo CD. With the help of Yamaha, he has designed produced his two signature series snare drums. He also produced sticks and brushes with Regal Tip by Calato. He also maintains a recording studio in Thousand Oaks, California and is busy with productions of several future projects. Nevertheless, he is working on his rock band TRW’s ‘Rivers of Paradise’ project.

From early age John’s most profound musical work grabbed music industry’s attention. Till date, he continues to produce remarkable pop, funk, rock, and many other varieties of music. He is still going from strength to strength and is geared to deliver to his fans more of his music. 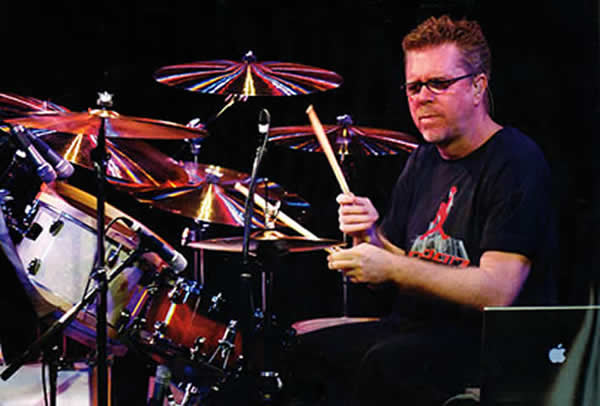