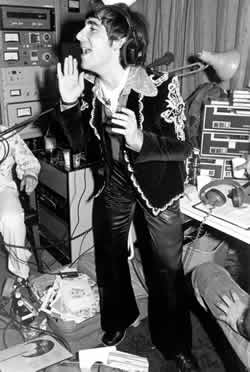 Keith John Moon was born on 23rd August 1946, to Alfred & Kathleen Moon who lived in Wellesden, England. He was brought up in the Northwest London suburb of Wembley. His siblings were two sisters, Linda and Lesley. Alf Moon worked as a maintenance mechanic for the Wembley council and Kathleen used to take up part time cleaning jobs.

As his mother remembers, Keith, from the very tender age of three, would sit home for long durations of time and listen to an old gramophone player. They owned about 78 records of talented stars like Nat King Cole and Scots leader Johnny Shand. He would just keep listening to them, over and over again. She also mentions how when the whole family got together to listen to the BBC comedy troupe, the Goons, Keith would then perform all the comedy parts at school the following week. During his school time, Keith received a very helpful input from his music teacher, and that he had the ability to perform but should not let himself get carried away, as he had a tendency to show off. During his phase in grammar school, he was quite a loner despite a very active personality.
He soon joined the Sea Cadets and played the bugle to begin with, followed by trumpet, and finally moving on to the bass drum. He became crazy about drums after seeing the Movie, "Drum Crazy," about the late great Jazz drummer, Gene Krupa. What he liked most about the film was the way Krupa was juggling and his basic style. He was inspired by Gene Krupa, Jo Jones, Buddy Rich, with their double bass drum setup, twirling the sticks, all the circus tricks included. As leading drummer on parade for his battalion (in Sea Cadets), his beat had to be loud enough for so many men to hear, and keep in step. He made sure that it was.

He soon joined the band The Who, and was the life of the band. His maniac, crazy side, and his colorful life of too much drink and partying (besides other indulgences), led the youth to feel connected to him. They could identify with his whacky side of rock & roll and his self-destructive side, which some youth found very attractive. In that true sense, he was the centre of the band HYPERLINK "http://www.vh1.com/artists/az/who/artist.jhtml" the Who, as much as the others. He was at the center of its sound, and not just a mere drummer. He played the drums with a kind of wild frenzy that most musicians before him, could not do. He lived his life in gay abandon and completely wild, to the extent of once running himself over with his own car. More than the drumming itself, it was the madness that he exhibited and added this to the four personalities that kept their music and their playing in sync with the youth. Not to mention their image, as they all started into their thirties and wanted to get serious about music.

He very rarely played on other records, and he only released one solo album of his own, Two Sides of the Moon. At that time it was not taken seriously, but now the album has captured the very spirit of Moon. The recording was done in a long array of sessions that stood out for all the huge bills for alcohol, while in the studio. It is a crazy mix of innocence, rock & roll, leering, joyful lust, and a savage and filthy sense of humor.

One night Keith went backstage, and approached Carlo Little, eight years his senior who was the best drummer he had ever seen. He asked Carlo Little to give him drum lessons. Carlo looked at the kid who didn't look physically strong enough to hold a pair of drumsticks. He was amazed at how enamored this kid was of him and considered teaching him what he knew as Keith lived close to his house. What Carlo did with Keith over the next few weeks set the foundation for this child who went on to become a great drummer! The energy and savagery that he displayed, Carlo helped him to direct it into his playing, which came out, simply astounding.

Unfortunately, the life story of the great rock and roll drummer of this time came to a standstill, with his tragic death. Ironically, the same drugs that were prescribed to control his alcohol; killed him in an overdose! What a sad end to a great fountain of talent. 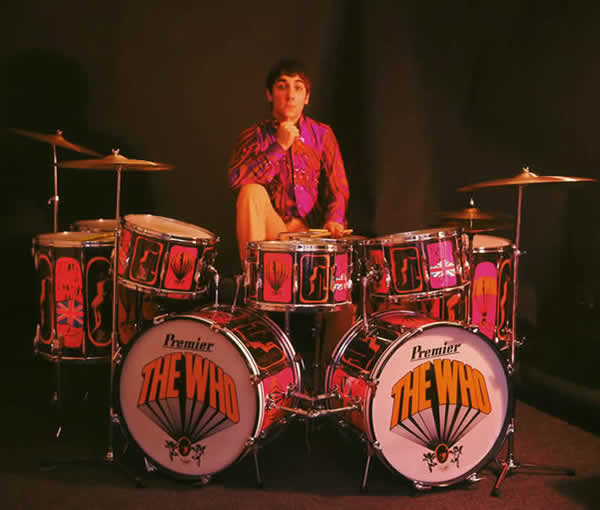