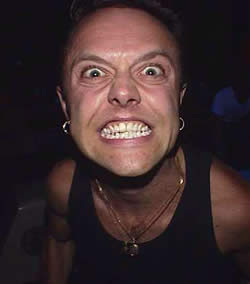 Lars Ulrich, a world acclaimed drummer and songwriter, is the founder and spokesman for the popular rock band, Metallica. He is a drummer whose techniques like machine gun double bass adds flavor to most of the Metallica’s songs.

Ulrich was born on 26 December 1963, in Gentofte, Denmark. He had two influences in his growing years—music and tennis. His father, Torbin Ulrich was a national tennis figure of Denmark. He also operated a small jazz club in Denmark, and was a popular name on the European jazz platforms. Ulrich’s grandfather, Dexter Gordon, was a legendary saxophonist.

In his early years, Ulrich seemed to be destined to following his father’s footsteps as a tennis player. He spent ample time perfecting his skill on tennis courts, but his fate lay somewhere else. In 1973, Ulrich father got five tickets for Deep Purple’s concert at Copenhagen stadium. He invited five of his friends but one of them could not make it and so he decided to take his 10 years old son with him. The concert was an eraser for Ulrich’s dreams of becoming a tennis player and a creator of a new dream—dipping full depth into music.

The explosive concert left Ulrich's mind brimming with desire to be a big band drummer as they left the venue. Three years later, his grandmother gave in to his constant pleading for a drum set. When his family moved to California, Ulrich who was by then a ranked tennis player in Denmark, found out that tennis was not his life’s music and that music was the game he wanted to play all his life. California influence exposed young Ulrich to the culture of rock n’ roll and heavy metal.

In June 1981, Ulrich flew to England to attend shows of his favorite band Diamond Heads. Ulrich even managed to stay with band while in England, learning their ways. On returning home, he placed an advert in the local music newspaper, looking for someone who shared his interests in starting a band. In that way, he met James Hetfield, and the two formed Metallica, with a principle aim of nipping glam metal in the bud and paving the way for thrush metal.

Ulrich and Hetfield, who was the rhythm guitarist and vocalist, recruited other members to the band who included lead guitarist Dave Mustaine, and bassist Ron McGovney. These two were later fired and in their place came Kirk Hammett and bassist Cliff Burton. In 1986, Burton was killed in a tragic road accident when the Metalica’s tour bus skidded off the road. His place was taken by Jason Newsted, who then left the band in 2001, and Robert Trujillo became his replacement in 2003.

Soon after its inception, Metallica’s base moved to San Francisco where they became a hit with the audience within no time. Their demo album, No Life 'Til Leather, was causing such a stir in the rock world, a revelation of better things to come. Those better things started coming when they signed a contract with Megaforce on condition that they shift base to New York. This was the beginning of a prolific era that bore hit albums like Kill 'Em All (1983), Ride the Lightning (1984) and Master of Puppets (1986), And Justice for All (1988) and Metalicca (1991). This last album raised the band’s status to one of biggest rock bands in history. Their subsequent live shows were all sold out and the band went on to release other hit albums like Load (1986), Reload (1987) among others.

Ulrich has doubled well as an entertainer and an administrator for Metalicca. Though he was in the center of the storm in 2000 when he sued Napster, an Mp3 files internet sharing site for copyright infringement, Ulrich handled the outcome well to still keep Metallica on the best sellers list.

Ulrich found time during the band’s breaks to establish his own record label, Music Company. He has been married to an English woman called Debbie and Skylar Satenstein, with whom he got two sons Myles and Layne. He is currently dating Connie Nielsen, a Danish actress with whom he has two children Bryce and Sebastian. 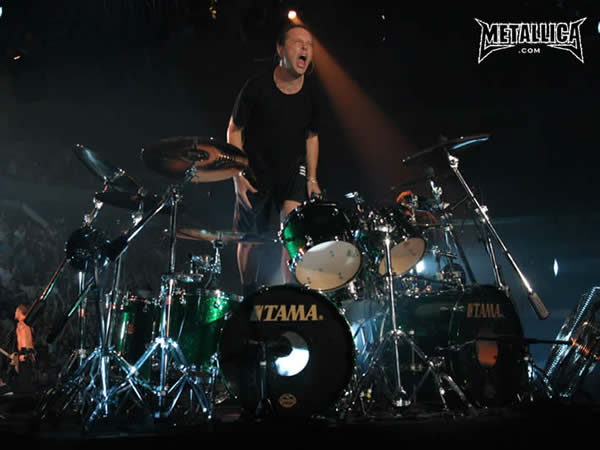