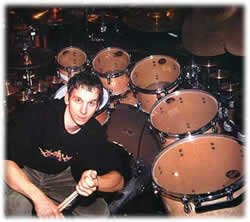 Marco Minnemann has earned a lot of respect and fan following as a drummer. He is a multi talented guy who not only plays different instruments but also composes music. Currently residing in San Diego Marco Minnemann was born in Hanover, Germany. He is one of the most original and progressive drummer that the music industry has. His talent has earned him numerous prizes for his drumming books and videos.

Marco was born with music in his blood. He played the organ at 6 and went on to play Guitar and drums by the time he was 11. Only at 19 he got fame and popularity as an extremely artistic drummer and composer in Munich. In 1992 he got a place as drummer in the “cross-over” band "Freaky Fukin' Weirdoz" as a part of BMG’s deal. The cross elimination styles of playing were invented by Weirdoz and are renowned as pioneers of modern sound. Nina Hagen and Weirdoz came together on an event for the album "Mao Mak Maa" and hence Marco Minnemann got a chance to be a drummer on a Nina Hagen tour. Marco worked on four albums with Weirdoz namely, "Senseless Wonder", "Mao Mak Maa", Culture Shock" and "Hula". During 1997-99 Marco had earned a good reputation as a drummer all around the world. He is well known for his solo performances. Marco had the privilege of playing as the first German at the “Modern Drummer Festival” in New York. With his style of drumming and performing, Marco raked in the top ten list of the drummers around the world. When working with Weirdoz, Marco came up with his four albums along with his own band “Illegal Aliens”. The albums were “Thickness”, “Red Alibis”, "International Telephone", and “Time”. However, in 2001 the Illegal Aliens broke up due the divorce between Marco and his wife Gounaki and she took away their son along to Munich.

Later Marco came up with solo albums and used tested his talent on various instruments. The albums "Comfortably Homeless, "Broken Orange”, " The green Mindbomb", "Contraire de la chanson", "Mieze", "Housewifedogand2kids" got him lot of appreciation. In these albums he not only used multi instruments but also produced and composed them. In 2003, Marco worked on an album called “Motor” and “ Normalizer “ along with Mario Brinkmann a sound designer. The album “Disarmed” that came out in 2005 was done in collaboration with Italian Bass Player Fabio Trentini. Marco also had a craze for Jazz and Funk and to follow his interest he played with the band Wolfgang Schmid's Kick. Marco is also well known for displaying his multi instrumental talent in Paddy Kelly’s solo CD that was also co-produced by Marco, and hit the charts in 2004. Nena feat Nena, which is a double platinum CD, also featured Marco. Apart from giving solo performances he has performed with artists like Giannna Nannini, Paul Gilbert, Nena, FFW, Garry Willies, Mike Keneally, H-Blockx, and The Kelly family, among a host of others.

Marco Minnemann has put his talent to use by writing an Educational book “ Extreme Independence” along with Rick Gratton. He came up with three books out of which Extreme Independence got him lot of acknowledgement and he won a Telly award that was chosen through public votes. In August 2006, he came up with another educational book named “Maximum Minnemann” and a DVD "Marco Show" that had a collection of beats from artist like Bryan Beller, Mike Keneally and the Buddy Rich Big Band. In 2003 he launched a DVD "Extreme Drumming" tha was published by Warne Brothers. Marco has done numerous music tour through out the world. Chad Wackerman, Terry Bozzio and Marco Minnemann has been on a tour together and given some of the best performances.

Since October 2007 Marco Minnemann has become a member of the UKZ band along with Trey Gunn and Eddie Jobson. He is a great performer and has succeeded in enthralling huge crowds to the beats of his drums. Ever since the age of 19, when Marco started earning a name in the music industry, he has not looked back. He is still a very popular artist among music lovers and will continue to be so. 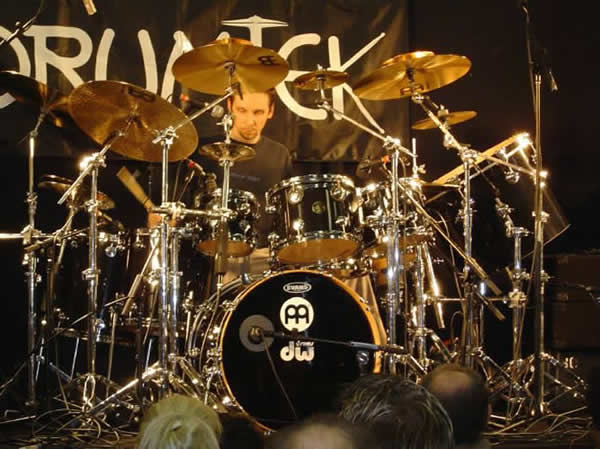