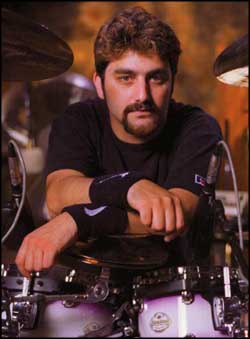 Mike Portnoy is one of the most decorated American drummers of all time. At 37, he became the second youngest person after Neil Peart to be inducted into the Modern Drummer's Hall of Fame. He has also won 23 awards from the Modern Drummer magazine. He has performed with various renowned artists, but he is commonly known for his work with Dream Theatre rock band.

Mike was born on April 20, 1967 in Long Beach, New York. His father was a disc jockey, playing mostly rock n’ roll at a local radio station. This allowed Mike to get exposed to various rock artists and this raised his interest in music at an early age. His favorite bands at that time were the Beatles, Queen, Led Zeppelin, The Who, Yes and Kiss.

Mike has been influenced by many artists and bands. Top on the list is Rush’s drummer Neil Peart, who he has always wanted to enumerate. Others are composer/guitarist Frank Zappa, and the Santa Clara Vanguard Drum and Bugle Corps. Other favorites include drummers Terry Bozzio, Peter Criss, John Bonham, Vinnie Paul, Keith Moon, Ringo Starr, Bill Bruford, and bands such as Rush, The, Genesis, Pink Floyd, Tool, Pantera, Muse, Metallica, and many more.

Though he was not keen and did not have any formal education in drumming, he is a self taught drummer whose drumming talent has earned him a place as a local Intruder. He was still in high school then, when he took theory classes in music. After Intruder, Mike joined Rising Power and Inner Sanctum. Inner Sanctum produced an album while Mike played with them. During this time, Mike was awarded a scholarship to join Berklee Music School in Boston. There he met John Petrucci and John Myung with whom he formed the band called Majesty. Mike was the proposer of the name having been inspired by closing section of "Bastille Day" by Rush. That name was later changed to Dream Theater. John Petrucci was the guitarist, John Myung the bassist and Mike Portnoy the drummer. They also recruited Kevin Moore, a high school band-mate of Petrucci's, to play on the keyboard and Chris Collins as vocalist.

Once the band was formed in 1986, the founding members who were still at Berklee, dropped from school to concentrate on the band. They spend time together writing and performing together, but after some months Collins left the group after creative differences with the band. He was replaced a year later by veteran Charles Dominici who helped to strengthen the band.

After the band released Awake, one of their most acclaimed albums, Kevin Moore announced that he was leaving the group. This was devastating news since it was at a time when the band was gaining some stability after more that five years of turbulence. Nevertheless, with no one else to turn to that quick, Mike started writing most of their songs, taking over from where Moore left.

Mike is more involved with progressive rock type of music. He has contributed a lot towards advancement of progressive rock has been involved in the formation of several progressive rock group and projects some of which include Transatlantic, Liquid Tension Experiment, and O.S.I. with former Dream Theater keyboardist Kevin Moore. In 2005, he toured with Mexican drummer "Chucho" Dávila giving free clinic sessions to local Music Stores in Texas.

Mike loves collecting many things. He has a huge of collection of various articles among them a large collection of Dream Theater memorabilia including bootlegs, posters, clippings and articles associated with the band. Mike has also released three instructional videos, "Progressive Drum Concepts", "Liquid Drum Theater", and "In Constant Motion". His second instructional video won an award from Modern Drummers Magazine. The latest album he has produced with his band is Octavarium, which was released in 2007 and was received well world wide. In the same year, Mike Portnoy released his new DVD "In Constant Motion". The DVD has 3 discs and is over 7 hours long.

Mike is married to Marlene and they live in Rockland, New York with their daughter Melody Ruthandrea, and their son Max John. They have an adore called Bongo and two cats E.T. and Cypress. 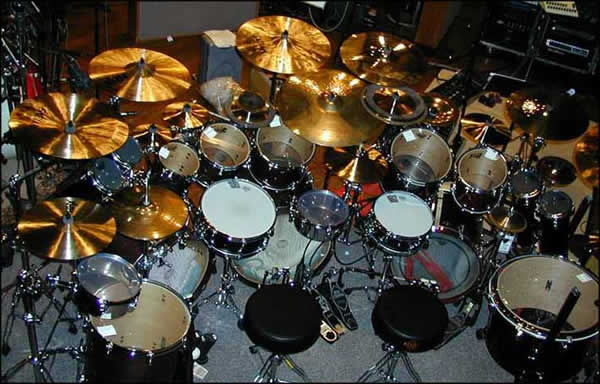