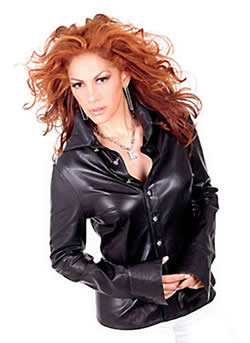 The talented little angel named Sheila Escovedo was born on December 12, 1957 in Oakland California. But she maintains her stage name as Sheila. E. She went to Oakland High School. She is of Mexican, African American and Creole heritage. She is a Drummer and Percussionist, also plays the Violin and Guitar.

She was the first born in a family which extended to two brothers Juan and Peter Michael and sister Zina. Her parents were Pete and Juanita Escovedo. She started playing at an early age of three, with the different family instruments. She was highly influenced by her father since he was a band leader and enjoyed watching him rehearse. At five, at the formerly known Sands Ballroom in Oakland, in a show Sheila was invited by her father to play a solo. She was so young but unafraid. She just followed her father’s instructions to the tee. She received an overwhelming response to which she informed her dad that she wanted to be a percussionist! Sheila rose to be one of the top female musicians during the 80s. Her fierce drumming style and her Latin rhythm was mainly the crowd puller. She is also considered the best female drummer alive.

Age 17 onwards, she has recorded and toured on a wide basis with such artists such as Billy Cobham, Lionel Richie, Diana Ross, Marvin Gaye, Natalie Cole and numerous others. She is all well known for her tie-up with Prince and Ringo Starr. Before she became a solo artist in 1984, she joined with Azteca, the Latin Jazz-fusion band led by her father percussionist Pete 'Coke' Escovedo. She also played on two of his solo albums which were recorded by Fantasy Records. She made her debut with jazz bassist Alphonso Johnson in the year 1976.

Her first single and video, named Glamorous Life was written, performed and directed by her in 1984. It earned her a lot of popular and critical acclaim. Three months and it was running sold-out performances in Europe and the United States. Sheila began touring as the opening act for Prince's 1984-85 Purple Rain tour.
Around 1983 Prince had her sing on "Erotic City". Prince also assisted her in getting a record contract with Warner Bros. She released her debut album in the "Glamorous Life" in 1984 written by Prince and was nominated for American Music Awards and the Grammy. The title track hit the US Top Ten and her second single "The Belle Of St. Marks" was seen in both the American and British Top 40 charts. Sheila E has performed three stints with Ringo Starr and His All Starr Band in 2001, 2003, and 2006. She always joins up with other artists and most notable is Gloria Estefan, where she plays timbales.

In 2004 she toured New Zealand as a drummer and percussionist for the Abe Laborial Band and in Februrary 2006 she performed with Prince once again at the BRIT Awards. In March 2007 she went on small tour through Europe with her new band project called C.O.E.D. (Chronicles Of Every Diva).

She performed at the 2007 Latin Grammy Awards with Juan Luis Guerra and in June 2007 performed at American Latin Music Awards with Prince. Her most recent performance was on July 7, 2007, in Minneapolis with Prince for three concerts 3121 Perfume Launch at Macy's, Target Center and finally closing with Prince at an after-show at First Ave. In October 2007, she was the judge on the Fox Network 'The Next Great American Band".

She has acted in three Films, Krush Groove and Prince's concert film "Sing 'O' The Times" in 1987 and Chasing Papi in 2003. Television audiences will be glad to know that her feature on MTV Unplugged with Kenny 'Baby-face' Edmonds is only a start. Magic Johnson's late night talk show The Magic Hour features her as the first female bandleader on television.

Most of her performances have been not only entertaining, but very socially fulfilling because of various charities she has been involved with. She has performed at the Pediatric Aids Foundations, and also her version of Mary had a Little Lamb which sold over 6 million copies of albums and videos of the event. Sheila and her partner singer Lynn Mabry formed a foundation for abused children called the Elevate Hope Foundation. She has been a hope for children, who have been sexually, physically and mentally abused.

Sheila is a multi-talented performer, producer, composer, an amazing instrumentalist and a great human being. Her contribution towards the field of music and percussion, have made her one of the greatest stars. 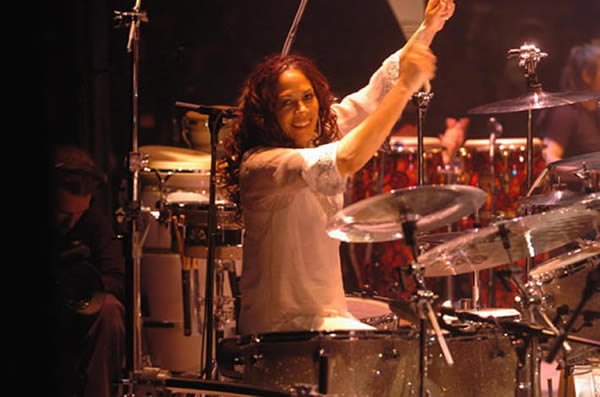