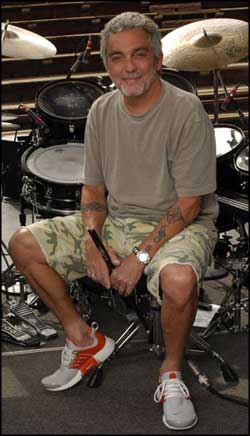 Steve Gadd, an American of Sicilian decent is a well known sessions and studio drummer. He was born on April 9, 1945, in Rochester, New York. He is one of the most sought after drummers of all times having featured in over 600 albums.

Gadd was first introduced to drums at the age of 7 by his uncle who was drummer in U.S. army. Even at a tender age, Gadd’s talent as a drummer was evident. His parents, especially his father, were a great support for him and encouraged him to pursue his dream of becoming a professional musician.

Gadd’s first performance was during his tap dance routines in hospitals and nursing homes. He used to perform with his brother Eddie and these routines won them the Mickey Mouse Club contest. He appeared in shows playing a drum solo and later appeared with Dizzy Gillespie when he was 11. His first performance with bands was with the famous Crusaders Drum and Bugle Corps where he was a member. Later, he played in Rochester with famous bands which included Stanley Street and Philharmonic. When he was 14 years old, Gadd played with Groove Holme’s George Benson.

Gadd joined Irondequiot's Eastridge High School and after graduating from there he attended the Manhattan School of Music for two years. He then transferred to the Eastman School of Music in Rochester. While in Eastman School of Music, Gadd was an active member of the school bands where he played in wind ensemble and concert bands. At night, he would often play club gigs with other young musicians including Chick Corea, Joe Romano, and Frank Pullara, who also went on to become music legends in their own terms.

After graduating from The Eastman School of Music, Gadd spent three years with the military stage band. After his time with the army, he gigged and worked with big bands in Rochester. In 1968, Gadd showed his drumming skill in his brother Gap Mangione’s first solo album, “Diana in the Autumn Wind” In 1972, Gadd formed a trio with Tony Levin and Mike Holmes. The trio later on disbanded, but Gadd continued to work extensively as a studio musician.

After this, Gadd moved to New York and played with Chick Corea in Return to Forever, but later left the band since he preferred to work as a studio drummer rather than tour. Gadd did a number of gigs with The Brecker Brothers, Warren Bernhardt and John Faddis. He gained immense success in all the projects he undertook. One of stories of his success can be seen in his work in Mike Maineri’s White Elephant. Gadd’s popularity was rising with each recording. Around this time he did studio recordings with other notable session musicians like Richard Tee, Eric Gale, Cornell Dupree, Paul Simon, and Weather Report.

In the late 70s and 80s, Gadd recorded with Paul Simon and Al Di Meola’s Electronic Rendezous Band. After working with these musicians, Gadd broke from his strong stand of sticking to studio recordings and went for a world tour with them. In Japan, the tour was received with overwhelming reactions where he was deemed ‘God’ of drums by his faithful fans. Long after the tour, most Japanese drummers sounded like him! While in Cornell Dupree’s group “Stuff”, they appeared in NBC’s Saturday Night Live. Demand for his services kept on increasing drastically and was envied even by most skilled drummers.

Gadd’s jazz music has influenced Corea’s albums like Friends and Three Quartets. He has a unique ability to amalgamate varied styles to produce jazz in enchanting way. This skill is clearly visible in Steel Dan’s album Aja, Disco Beat in Van McCoy’s “The Hustle”, Paul Simon’s “50 Ways to leave your lover” among others.

With Eric Clapton, Simon and Petrucciani, he recorded ‘Both Worlds’ and toured with them. They even recorded ‘Live in Tokyo’. This group was a phenomenon that enthralled millions of people around the world and gave jazz new life.

Steve Gadd has won many prestigious awards in recognition for his outstanding, versatile work in music world. In 2002, he was presented Drummer’s Collective Award. In 2003, he won Zildjian American Drummer’s Achievement Award. In 2005, Gadd received honorary doctorate from renowned Berklee School of Music. In the same year, he was inducted in the Percussive Arts Society Hall of Fame. 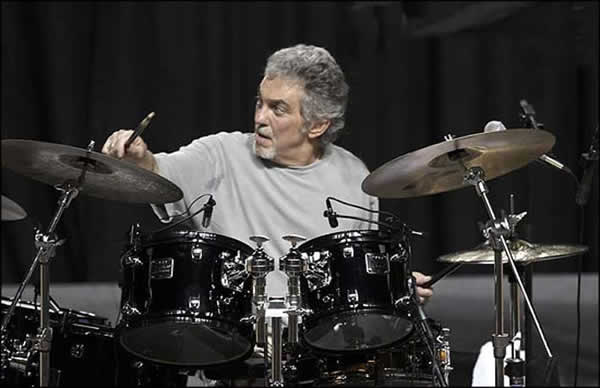