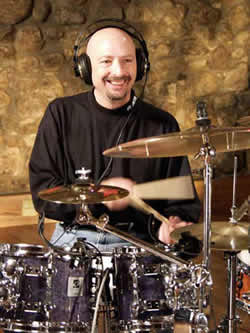 Steve Smith is one of American’s most versatile drummers, who has been part of the most successful bands in history and been involved other world class projects with utmost accomplishment. Among the most notable bands he has been a part of are Journey and Vital information.

Smith was born on born on August 21, 1954 in Whitman, Massachusetts. Two years later, he was already cultivating interest in drums and his parents bought him a toy drum set which he played with vigor. But it was not until when he was nine that he started learning drums with a local Boston instructor Bill Flanagan who was also a respected big band drummer.

Soon Smith learnt how to play various drum styles like swing, R&B, hard rock, fusion, big band etc. While in high school, he played in the school band and garage bands, but his professional call came when he played with the big band at the local college, Bridgewater State. After graduating from high school, Smith enrolled at Berklee College of Music in Boston in 1972, where he studied under renowned teachers such as Gary Chaffee and Alan Dawson.

In 1974, Smith joined the Lin Biviano Big Band. This was the begging of his career as a paid drummer. With the group, he recorded and toured with them for two years. During this time also, he played with bebopper Buddy DeFranco. He was a member of the free-jazz group The Fringe, featuring George Garzone. In 1976, Smith signed up with violinist Jean Luc Ponty and recorded the album "Enigmatic Ocean" with him in 1977.

Smith’s long and successful journey with a popular rock band ‘Journey’ began when he was touring with Ronnie Montrose in 1977. His talent was quickly noticed and he was told to join Journey. With Journey, Smith played drums with such gusto that he was a hit with the fans whenever they went. He was known for his excellent time keeping ability and his exploits on stadium size tom-tom drums fill. He propelled the group be one of the highest selling bands in history with over 50 millions records sold world wide. He played in such mega albums like Evolution (1979), Departure (1980), Escape (1981), and Frontiers (1983).

In 1985, Smith and Journey’s leader and vocalist Steve Perry were involved in a conflict of interest where Perry felt the group should take a more ‘soulful’ approach. For this reason Smith left Journey and decided to go back to his original passion, jazz, and to continue his career as a session player. Over the next years, he played with renowned artists like Mariah Carey, Bryan Adams, Zucchero, Andrea Bocelli, Ray Price and Savage Garden.

Smith also focused his attention to a group he had formed in 1983 while still with the Journey. The group was known as Vital Information and was playing mostly fusion rock. Smith was determined to lead the group to greater heights and so they continued releasing albums on regular basis. Some of their most memorable productions included Vitalive! (1991), Easier Done Than Said (1992), Ray of Hope (1996), Show 'Em Where You Live (2002), and Come on In (2004) and also Global Beat and Live Around the World: Where We Come from Tour 1998-1999, among others.

Even with Vital information, Smith also played with the all-star jazz/rock band, Steps Ahead from 1986 until 1993. He was again called to rejoin Journey in the late 90s. The band produced a new album, Trial by Fire (1996), and opted to take a world tour which was unfortunately called off at the eleventh hour due to Perry’s illness.

Smith has continues to play for many cerebrated bands and musicians like Ahmad Jamal, Bill Evans, Randy Brecker, Zakir Hussain, George Brooks’ Summit , the Buddy Rich Big Band, and many others. He is a band leader for Steve Smith’s Jazz Legacy, a group dedicated to keeping jazz traditions alive. As an educator he has produced “Steve Smith Drumset Technique - History of the U.S. Beat" which was voted number 1 Educational DVD of 2003. In 2001, he was named among the Top 25 Drummer of All Time by Modern Drummer Magazine and was voted into the Modern Drummer Hall of Fame in 2002. 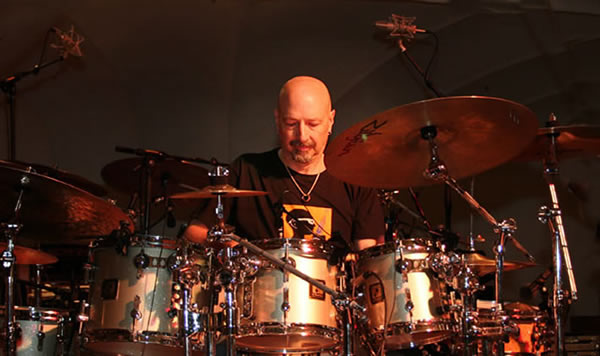