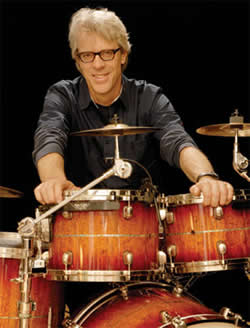 Stewart Armstrong Copeland, as he was christened, was born on the 16th of July in 1952 in Alexandria, in Egypt. His father was a CIA agent and his mother was an archaelogist and hence he spent a lot of his years in the Middle East. His father, Miles Copeland Jr., was a great jazz trumpeter of that time. Before the war began, he was in a band with Woody Herman and later played in an army band doing Glen Miller numbers. Miles was in the service for John Foster Dulles in the State Department and when Stewart was six months old, he was posted to Cairo. He grew up in Beirut and Lebanon and eventually spoke fluent Arabic. He seems to have got his inspiration and influences from someone called John Bonham. He also worked with Stanley Clark who was a brilliant player on both, acoustic and electric basses.

Stewart had two brothers Ian and Miles and a sister called Leonora. The Copelands then returned to America, as he knew in his heart that he was never going to make his fortune in the government. He started his own agency, providing an information service to large American corporations such as Gulf Oil, Mobil Oil, National Cash and Pan Am. He started playing the drums when he was thirteen in different groups formed by the children of the American Beirut community. While still a teenager, his father moved to London. Stewart was sent to Milifield, a very expensive private school in the South of England. Stewart would never quite finish his degree.

Stewart met Sting in early 1977, and was convinced he'd found the ideal voice for his new band. He did go to college, and settled down in England in 1975. He started playing drums for a group called Curved Air. He actually joined them when they were going through huge financial losses and hence wanted him to help them tide over. The best part of this experience was that this is where he met his wife Sonja Kristina. He had three sons from her, and later three daughters from his second wife.

After the group broke up, he started a band called the Police with Sting (who was the lead vocalist and bassist) and Henri Padovani, who was the guitarist. The latter was soon replaced by Andy Summers. Sting always felt that Stewart was a lot like him; intelligent and energetic. Their first hit "Roxanne" was a runaway success and the trio became one of the most well-known and experimental bands of that era. At that time reggae and funk were hot, but yet it created a brand of pop which went onto to make a series of smash singles like Every Little Thing She Does Is Magic, Every Breath You Take, King Of Pain, which are only a few.
Still with the band Police, he initiated in 1980, a solo record Music Madness, under an alias name of Klark Kent, which earned him wide critical praise for his talented, systematic drum work as he contributed to many of the group’s songs. At their most successful stretch, the Police broke up. Post break up, he gave up his pop music to follow a career as a composer. He authored a series of Films, Operas & Ballets. He had already established himself as a Film Composer for which he received a Golden Globe. He worked in many mainstream Hollywood Productions. His has contributed also to other works like experiments with pop-fusion as well as Authoring San Francisco Ballet's King Lear and the Ballet of Oklahoma's Prey.

In 2001, it was formally made known to the world that Copeland would be go on tour with former Doors members Ray Manzarek and Robby Krieger and the group Cult's Ian Astbury. They would represent the Doors of the 21st Century. Copeland later took the group to court for breach of contract, and he claimed that they went back on their promise to use him on tour and in the studio. Finally, it was amicably settled with Manzarek and Copeland trading kind words in the press.
He then came up with a soundtrack work for the Showtime series Dead Like Me, and a guest appearance on guitarist Rusty Anderson's Undressing Underwater. In the year 2002, he went on a short tour in Italy with the percussion quartet Ensemble Bash and a small orchestra. This tour was translated and recorded on the CD/DVD.
He always says..................
"Smile my friends, in show-biz you have to take the rough with the smooth." Stewart Copeland. 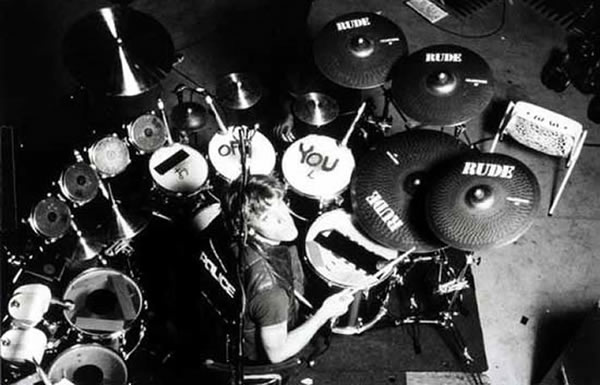