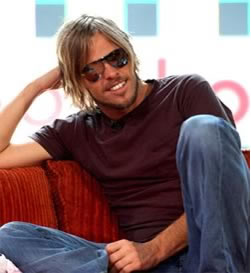 Taylor Hawkins is a drummer who has been featured in various acts and records, but is mostly known as a drummer for the rock band Foo Fighters.

Hawkins was born on February 17, 1972 in Fortworth, Texas. He grew up in Laguna Beach, a seaside resort with an artistic community in California. He enjoyed surfing, but his passion was drumming. While still a youth, Hawkins was greatly influenced by Roger Taylor of Queen and Stewart Copeland, a drummer for Police. Copeland is known for his energetic and innovative drumming style and his ability to include reggae tastes to the songs.

Hawkins started playing drums while still a child. His best friend Drew Hester is a drummer too and the two would spend a lot of time in the house writing and playing songs together. But his first work with any band came with a band called Sylvia. Sylvia didn’t last long since it was just an experimental band and so it quickly disbanded. After that, Hawkins went on play with Alanis Morissette. Morrissette, a Canadian singer and song writer needed a band that would tour with her to promote her album Jagged Little Pill. She therefore settled for Hawkins who played drums and also sang as a back up singer.

Though Hawkins offered his services to Alanis Morissette band with success, his big break came in 1997 when he joined The Foo Fighter. This chance came at the time when the Foo Fighters’ drummer William Goldsmith was fired by band leader Dave Grohl, who felt that Goldsmith was not playing to his potential. And so, it was Hawkins who came to the band’s rescue when he was contacted by Grohl to recommend a drummer. Though Grohl didn’t expect Hawkins to take up the job himself, Hawkins agreed to join the band, a relationship that would take them many more years together. Just like with other former bands, Hawkins didn’t only fill in as a drummer, but as a vocalist too.

Taylor Hawkins has grown a lot as a drummer and songwriter while with Foo Fighters. His contributions in the band’s album In Your Honor, is notable. He wrote some of the albums’ songs and played drums as well. He also provided lead vocals for the song Cold Day in the Sun. When the band performs live, Hawkins fills in as a vocalist whenever Dave Grohl, who is also an accomplished drummer, sits behind the kit.

Hawkins, just like was Grohl did while with Nirvana, started a side project that soon became Taylor Hawkins & the Coattail Riders. This project can be said to be ‘accidental’, since Hawkins, who considered himself as a frustrated songwriter spend sometime with his friend Drew Hester. While together, they started writing and recording songs with the help of Hester’s room mate Gannin, who played the guitar for them. They then called in bassist Chris Chaney who became a member of the Coattail Riders. Within few days, they recorded enough songs to fit an album. Though at first they were recordings songs for fun, it soon developed to an album known as Hawkins, in 2005. Hawkins had taken a break to concentrate on Foo Fighters assignments before coming back to the Coattail Riders’s work.

Hawkins’ work can also be heard in the Coheed and Cambria album "Good Apollo, I'm Burning Star IV, Volume Two: No World for Tomorrow". Hawkins was called in to record the drum tracks for the album when the drummer for Coheed and Cambria's Chris Pennie had contractual complications making it hard for him to record the album. Hawkins was also part of the Live Earth concerts of July 7, 2007. He was in the SOS Allstars group with Roger Taylor of Queen and Chad Smith of Red Hot Chili Peppers.

Hawkins was voted "Best Rock Drummer" in 2005 by Rhythm, a UK drumming magazine. He has also worked various artists like Joe Walsh, Pink Floyd, Sass Jordan among others. Hawkins in a great fan of the band Queen. He played together with Dave Grohl at the 2006 VH1’s Rock Honors, and performed their song, We will Rock You. 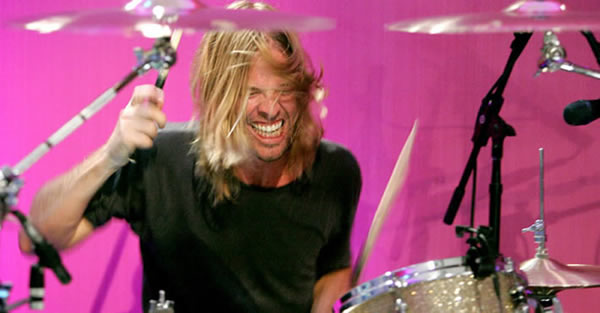