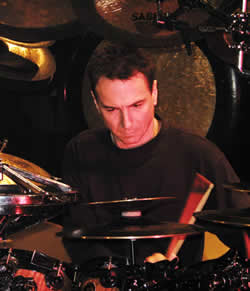 The child named Terry John Bozzio was born on 27th December 1950 in San Francisco, California. Both his parents came from an Italian American background. It was between the ages of six and twelve that he started playing a rough drum set that he had made of articles such as coffee cans, broken sticks, crumpled high voltage signs, etc. He practiced on this gadget music from records of Tito Puente and the music of Sandy nelson and the ventures. At the age of 13, he was mesmerized by the performance of the band Beatles, and convinced his father to let him go for drum lessons. In 1964, he started to learn basic stick control and beats. He also played for a couple of garage bands like, Blue Grass Radio and The Yarde for the next four years.

He went on to major in music at Sir Francis Drake High School and the College of Marin on a scholarship. He played with the local Marin and Napa Symphonies. This exposure brought him a lot of publicity and got him gigs with many top jazz musicians at the time, including Pete Escovedo, Art Lande, Eddie Henderson, Julian Priester and Woody Shaw. Also accompanying Chuck Brown and Lloyd David for a year, he played for rock musicals and also local jazz groups, and also became a regular at the Great American music hall on Monday nights. His first recorded album was on Fantasy Records. Going back to the year 1975, he auditioned and joined Zappa, where they recorded their first album. Over the next three years, they released ten albums, did three world tours and Saturday Night live appearances too. The most well known drum piece of his is, "The Black Page," was written by Zappa, which was a real challenge to him. Post a stint with Zappa, musicians and drummers all over the world were awakened to Bozzio's talent

He later joined the Brecker Brothers. Later Zappa asked him to leave, as he joined Group 87, auditioned and also got record deal with CBS. The group created a refreshing new sound in the music world of the early 80's and their albums, such as "Spring Session M" are still played today. He then went on to form a band called Missing Persons. During 1980 and 85, he toured a lot of the US and Europe. Towards 1990, he collaborated with Duran Durans’ Andy Taylor, and simultaneously worked on his solo pop music projects, Throwaway with Mick Jagger and also performed on Grammy award winning album Guitar shop.

In the year 1988, Terry married Ev Kvamme, who was a very attractive and vibrant woman. Two years later, their son Raanen was born. He then started composing solo drum albums and records. During 1995 to 2002, he extensively toured the US, Australia, Canada & Europe as a Solo Drum Artist, and completely captivated the audiences. He took a chance, that most people would be wary attempting, especially in the world of drumming.

He went on to make three albums with a jazz troupe in Paris called the Lonely Bears. Most recently, Terry played at a solo drum concert at the Hollywood Palace to a sell out crowd. The shows consisted of two hour long sets which featured his musical drum set compositions. Accompanying him there were artists from around the world playing a stage full of exotic percussion instruments, such as gongs, and hand drums. The concert was a complete runaway success and has elevated Terry into his current stature. Making him as a unique, innovative artist who does much more on modern drum set, which people thought was not possible. Everyone now realizes that a single person, can, all by himself, make orchestral music on the drums.

Bozzio’s energy and influence, day by day, is becoming a very noticeable force which is in turn encouraging modern day drummers to be experimentative and choose innovative ways of drumming. He is guiding them as to how to break the normal barriers of drumming. The traditional grooving drummer has to now start playing a more prominent role as the leader of a band. He wants to reverse the mindsets of bands and people on the whole. By proving that no longer is a guitarist the band leader, but a drummer can be one too. He always broke into traditional ways of playing, and in this way, without saying much, proved by his playing techniques that drummers can be LEADERS. 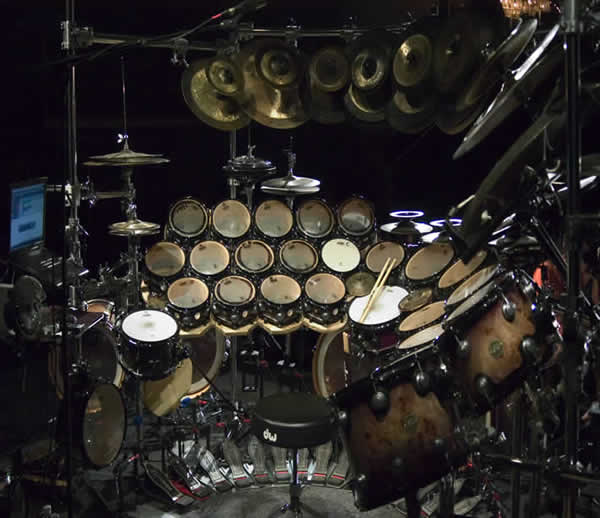