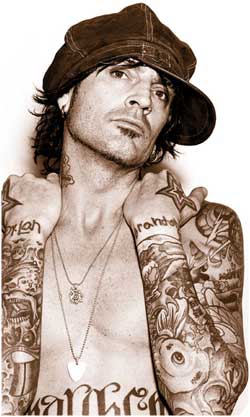 Tommy Lee or T-Bone as his fans like to call him is perhaps one of those drummers who are as hardcore as they come. Thomas Lee Bass was born on 3rd October, 1962 in Athens, Greece. He received his first drums at the age of four years. Nevertheless, he got his hands on his first ever “real” drum kit during his teenage years. Tommy Lee was largely influenced by rock bands such as Kiss, Judas Priest, Led Zeppelin, Deep Purple, etc. He vaguely started off his music career by joining the most unlikeliest of places a future heavy metal drummer would ever join. He then soon joined the band Suite 19 and even played in popular locations like the Sunset Strip in Los Angeles. This was during the 70s, where the rock era actually took to its roots. It was during this time that he came across Nikki Sixx who would go on to be his future band member of Motley Crue. Sixx was truly impressed by Tommy’s drumming style and it was during this time that Tommy, Nikki and Leon started performing sessions together. This is when Tommy earned the nickname “T-Bone” given to him by Nikki Sixx owing to his thin physique and his height of 6 feet 2 inches. Soon, Mick Mars took the role of the band’s guitarist who then recommended Vince Neil to the others which led to the formation of perhaps the most infamous band in the history of rock, Motley Crue.

During the 80s, Tommy Lee created a stir among the fans by performing many gimmicks during Motley Crue’s live concerts like using a revolving drum kit, having his drum kit float above his fans during which he continued playing them, etc. Tommy was perhaps the wildest and most unpredictable rocking around since he was also known to moon his fans during most of his shows. Tommy was renowned for his decadent behaviour since he was associated with the consumption of drugs, alcohol, wild parties, beautiful women, etc. It was during this time that he met and married actress Heather Locklear but they separated after a seven-year marriage. Then in the year 1995, he married actress and pin up star Pamela Anderson.

In 1999, Tommy took a brief break from his drumming duties to spend some more time with his family. Tommy Lee soon reunited with his band members, the infamous Motley Crue and released the album “Red, White and Crue”. They also supported this album by launching a tour, i.e., The Red, White and Crue Tour 2005: Better Live Than Dead. This tour was Motley Crue’s first tour after a long period of six years. This tour also marked their achievement of being number 8 on the list of highest concert money earners. 2005 also marked the year in which Tommy Lee appeared in his first ever clamation film called “Disasters!” For a brief time, i.e., in 2007, Nikki Sixx actually announced that Tommy Lee was no longer a par of the band Motley Crue. The reason for this was that the band’s manager was supposedly forcing Lee to take part in reality shows and this decision seriously affected their tour dates during 2006.

During Tommy’s brief break from the band in 1999, he also formed a band called “Methods of Mayhem”. Tommy also formed a band called “Rock Star Supernova” as a part of the reality television show bearing the same name. The band members of this group consisted of names like guitarist Gilby Clarke of Guns and Roses fame, bass player Jason Newsted, a former Metallica member, singer Lukas Rossi and Tommy Lee, doing what he does best, play the drums.

Tommy has two children from ex wife Pamela Anderson, Brandon Thomas Lee and Dylan Jagger Lee. Tommy Lee is best known to some people as the ex husband of Pamela Anderson, however, for his fans, he is still known as the wild drummer of the band, Motley Crue. Now that Tommy is single and has all of his acts cleaned up, he is finally back to rock the world with his latest album “Never a Dull Moment” which aptly describes his own life experiences. 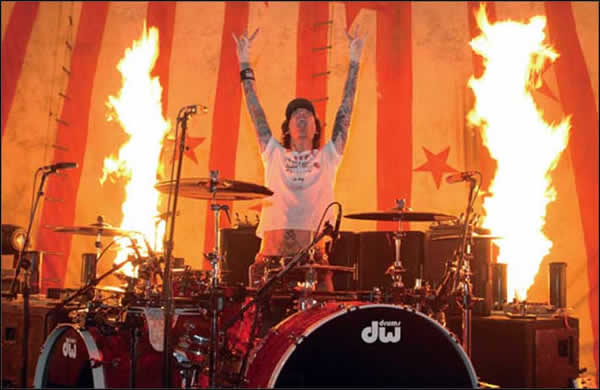