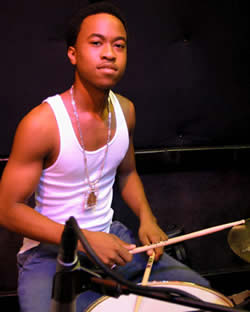 Tony Royster Jr. is a drummer who can rightfully be referred to as a prodigy. He is only 23, but has already gone the way of the legends, including being voted by Modern Drummer Magazine 2000 readers as number one Up and Coming Drummer, a prestigious award coveted by every drummer. The following year, he was voted second in the UK 2001 Readers' Poll!

Tony was born on October 9, 1984 in Berlin Germany. By the age of three, Tony was already mesmerizing those around him with his dexterity as a drummer. Since then, Tony has been in the limelight on various platforms but as a drummer, he has always showcased his drumming talent in many international events. One of the most memorable of these events was when, in 1995, he took part in the Guitar Center National Drum-Off competition in Hollywood California. He was just eleven years old then!

On the other fronts, Tony is a celebrity in his own terms. He has performed in widely acclaimed shows, events and featured in films too. Tony is part of the house band for the famous T.V show Nickelodeon. The show is a hit among children and teenagers worldwide. In this band, he performs alongside Paul Shaffer and others. Shaffer is the leader of the band and also the band leader for the David Letterman show. Tony also performs in the Jenny Jones Show.

Apart from these shows, Tony has also performed in the 42nd Annual Grammy Awards show, one of biggest glamour events on the globe. In 2001, Tony undertook an international tour with Hikaru Utada, a third culture Japanese artist residing in the US and number one selling artist in Asia. Tony’s performance was received with high regard whenever he went. Tony is also a regular start invitee in various esteemed international events like Percussive Arts Society International Convention, Modern Drummer Festival, the Montreal Drumfest, and the Florida Drum Expo, among others.

Tony is an immensely talented artist. He can play different genres of music with equal adroitness. He is especially well versed in Funk, R&B, Latin, Rock, and Jazz styles. Though still a young man, Tony has performed with renowned drummers such as Dennis Chambers, Chester Thompson Steve Smith, Sheila E., and Billy Cobham. Tony has revealed that he idolizes Dennis Chambers and was happy to perform alongside his idol. Tony has performed with drummers of all generations. He has shared the stage with such music legends among them Branford Marsalis, Paul Shaffer, Jimmy Jam and Terry Lewis.

Apart from being voted number one Up and Coming Drummer by Modern Drummer magazine 2000 readers' poll and number 1 in the United Kingdom by the same media in 2001, Tony also graced the cover of the Modern Drummer magazine’s millennium issue together with his mentor Dennis Chambers. His fame and popularity has landed him big deals to endorse various products from reputed companies like DW Drums, LP percussion, Zildjian Cymbals, Vic Firth sticks, Specialty Cases, Drumframe, Shure microphones, Warner Bros. Publications, HQ percussion products, Drumometer, and Evan’s drumheads.

Tony has traveled to many parts Europe, Japan and other Asian countries, taking his performances to his adoring fans. His international fame has been growing since he was a small boy, but Common Grounds, a video released by Warner Brothers further boosted his international recognition. This video features also Dennis Chambers, a drummer Tony hold with high esteem.
Tony is a young man but a role model to millions of children world wide. He encourages good virtue development within all kids and is a strong campaigner for education. This is evident in his motto, ‘Be cool, stay in school,’ a clear message to the kids who would prefer fame to education. 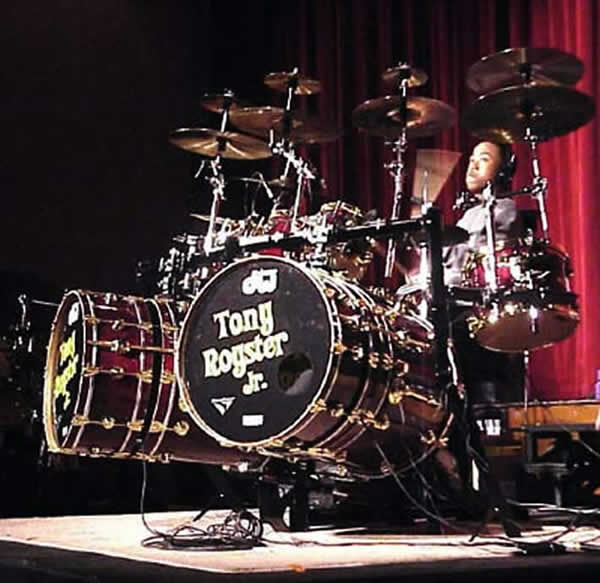