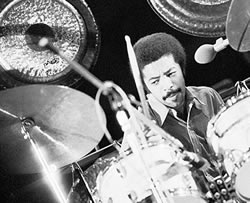 Tony Williams can be regarded a generation-gap-filler in the jazz world. He was one of the most influential jazz drummers of the 60s and one of the pioneers of jazz fusion. Till his death in 1997, Williams was a much respected drummer of the earlier version of jazz, as well as the avant-garde jazz.

Williams was born on December 12, 1945 in Chicago, but he grew up in Boston. His father, an accomplished saxophonist was the force behind the young Williams’ liking for jazz. His father used to take him to club where he was performing and when the young boy Williams learnt the basics of playing drums, he would allow him to sit in and play. Williams showed a lot of interest in jazz and so his father enrolled him to get lessons from acclaimed drummer, Allan Dawson at the age of 11. When Williams was 13 years old, he started performing professionally with saxophonist Sam Rivers and when he was 16, he was recruited by saxophonist Jackie McLean on paid basis.

Williams worked hard though barely a teenager and his fame was rising with each passing day. His hard work paid off when he was invited to join Miles Davis band, one of the most famous jazz bands of those days and still one of the most resilient bands in jazz history. In 1964, he recorded his first album as a leading drummer. The album was called Life Time and it caused quite a buzz in the jazz world.

His contribution to the Miles Davis Quintet and to the jazz music is huge. Davis, the leader of the group described him as ‘the center that the group’s sound revolves around’. He was a very innovative player who projected a drummer as an important component of a band and not a mere timekeeper. He introduced the used poly rhythms and metric modulation as coordinative tool of creating rhythms in jazz.

Having matured a great deal as a drummer, Williams left Davis Miles Quintet and formed a trio called The Tony Williams Lifetime or at times called Lifetime, Incredible group! The other members in the trio were John Mclaughlin who was the guitarist and Larry Young who played the organ. The group later recruited bassist Jack Bruce. They did not play traditional jazz only, but went on to amalgamate rock, and R & B, becoming the first group to set the ball of fusion movement rolling. Their first fusion album Emergency was criticized by many jazz artists but Davis Miles approved it and said it was a good experiment for a probable new form of jazz. Today, Emergency is considered by many as the best example of classic fusion. The group eventually disbanded after Mclaughlin left the band. In 1975, Williams formed another band called "The New Tony Williams Lifetime." With this band, he recorded two more albums, namely Believe It and Million Dollar Legs.

In 1976 William also worked in another successful project, a kind of a reunion with his old band mates from Miles Davis band. The group comprised of pianist and keyboardist Herbie Hancock, bassist Ron Carter, tenor saxophonist Wayne Shorter and lead saxophonist Freddie Hubbard, who came in as a replacement for Miles who withdrew his participation in the eleventh hour. This group came up with an album which is abbreviated V.S.O.P ("Very Special OneTime Performance"). Following the success of their first release, the group continued touring and released several other live albums. They called themselves The V.S.O.P Quintet, and their music became very popular due to increased instrumentation.

In the early 80s, Williams took to freelancing more than being a band man. He teamed up with pianist Mulgrew Miller and trumpeter Wallace Roney to record Foreign Intrigue, an album for Blue Note Records. After recording together, the group later added bassist Charnett Moffett and tenor and soprano saxophonist Bill Pierce to form a quintet that mostly played music composed by Williams. Some of these compositions that were hits including ‘Blackbird’, a song that was also performed by Lennon and McCartney; ‘Poinciana’ and ‘Birdlike’. They were later joined by Ira Coleman and would tour together till the early 90s.

William was also involved in other side projects including recording with band Public Image Limited, where he also worked with John Lydon, formerly with Sex Pistols. His life, full of fun and accomplishments came to sudden end when he died of heart attack while undergoing routine gall bladder surgery. Even at 51 at the time of his death, Williams was considered youthful at heart due to the positive and energetic attitude with which he lived his life. "Dual Mr Anthony Tillmon Williams Process" a track from Davis Miles boxed set, was named after him. 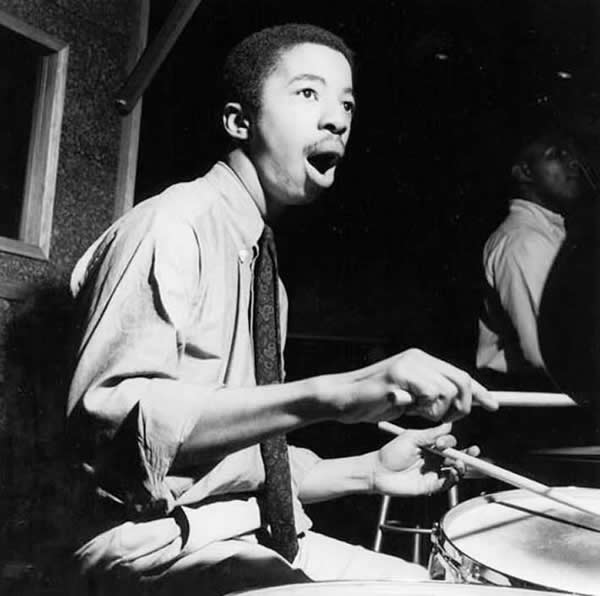