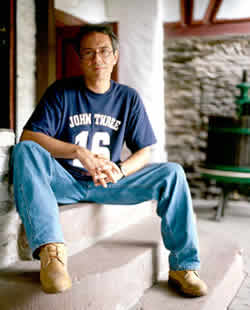 Vinnie Colaiuta is a renowned drummer based in Los Angels. He is known for his innovative drumming style, which, combines with his theatrics and energy behind the drum set, making him one of the most entertaining drummers today.

Vinnie was born on February 5, 1956 in Brownsville, Pennsylvania. Like many drummers, he started playing with pots and pans before graduating to toy sets with papers heads. His parents noticed his interest in drums and at the age of 14, they bought him his first full drum kit.

Vinnie finished his early education from Pennsylvania. He was a multitalented teenager who could play the piano and guitar with dexterity, but his passion for drums was undying. While in school, he played the flute and drums for the school band. After graduating from high school, he was enrolled at Berklee College of Music in Boston. But his stay there was short lived. After just one year, Vinnie left the school and went to live in Los Angeles.

Life in Los Angeles was not good in the beginning. He made ends meet by playing with night club bands. It was not until 1978 that his break finally came when he was 22 years old. At that time he heard that legendary organist Frank Zappa was auditioning for a drummer and he decided to try his luck. The audition involved performing the "The Black Page", a tough piece. Vinnie’s mettle was put on test but he came out triumphant. Vinnie therefore joined the Frank Zappa band as him main drummer for studio and live performances. Vinnie has done many recordings with Zappa, but the most eulogized ones are his performances on the album, Tinsel Town Rebellion, Joe's Garage and Shut Up 'n Play Yer Guitar. In fact, an article in a 1993 Modern Drummer magazine, named Joe’s Garage as one of the top-25 drumming performances of all time

Frank Zappa held Vinnie in high regard. He is quoted (in his book The Real Frank Zappa Book) saying: “A (guitar) soloist choosing to work in this odd style ultimately winds up as a hostage -- he can go only as far into the 'experimental zones' as his rhythm section will allow him to go. The problem lies in the polyrhythms. The chances of finding a drummer, a bass player and a keyboard player who can conceive of those polyrhythms -- let alone identify them fast enough to play a complementary figure on the moment, are not good. (The grand prize goes to Vinnie Colaiuta, the drummer for the band in 1978 and '79.)"

After parting ways with Zappa, Vinnie got involved in many projects and recordings. He continued working with notable rock and pop artists, including Gino Vannelli, Joni Mitchell, Barbra Streisand, Sandy & Junior, Clannad, and Chaka Khan. He has also worked with many prominent jazz musicians, including Chick Corea, Herbie Hancock, Jimmy Haslip, Quincy Jones, the Buddy Rich Big Band and Buell Neidlinger. He recently recorded and toured with Faith Hill and recorded with Megadeth on their album The System Has Failed.

When Sting released The Soul Cages in 1990, he needed a drummer for a touring band to promote his new album. Vinnie went for auditions and as expected he took the spot. His performances on the promotional tour were exceptional that he remained on Sting’s band for the next seven years. In 1999, Sting requested him to accompany him again for a promotional tour of his new album Brand New Day but due tight Sting schedules, Vinnie declined the offer. Nevertheless, Vinnie has recorded a munber of albums with Sting, among Ten Summoner's Tales (1993), Mercury Falling (1996), three songs on Brand New Day (1999) and two songs on Sacred Love (2003). In September of 2003, Vinnie was asked to join Sting’s band once again for a world tour to Sacred Love. Vinnie joined the band for brief part of the tour, but could not go all the way with the band again due to scheduling problems.

In 1994, Vinnie released a self-titled solo recording. He has won a total of 18 'Drummer of the Year' awards from Modern Drummer magazine's annual reader polls. Vinnie was inducted into the Modern Drummer "Hall of Fame" in 1996. 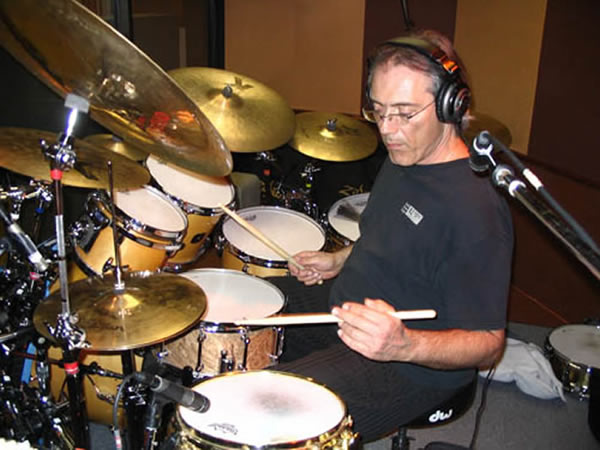